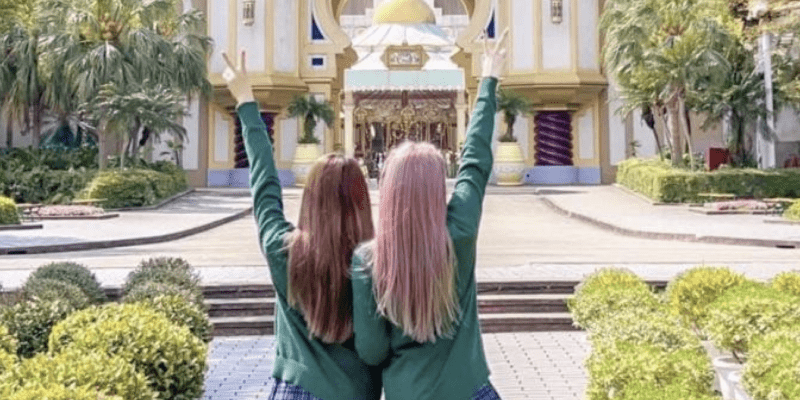 A theme park is facing backlash after a strange special went viral online.

Leo0foo Village Theme Park, located in Taiwan, is currently running a promotion that includes heavily-discounted tickets priced at NT$500 ($17) instead of the usual NT$999 to anyone who shows up in their school uniform. According to reports from Taiwan’s Central News Agency (CNA), those wearing school uniform skirts that end at least 10cm (3.9 inches) above their knees can also claim a free photo shoot.

The offering has sparked debate and controversy online with many social media users calling it “lewd.” Many have expressed outrage over the campaign saying that it objectifies women, per CNA. The promotion runs through the end of August according to the theme park’s website.

A theme park official noted that the offering is not gender-exclusive, meaning that men and women can participate in the perk.

Wu Tzu-ying, the executive secretary of the Modern Women’s Foundation non-profit group, told CNA that the park’s promotion might lead to privacy concerns and increase the risk of women having upskirt photos taken of them.

Disneyland also just recently announced that its next Disneyland After Dark series will be themed Grad Nite: Reunion. Debuting on select nights this June at Disney California Adventure Park, you can join in a reunion party filled with dancing, fun, and plenty of nostalgia from graduation classes of the last six decades.

What do you think of this controversial promotion? Let us know in the comments.