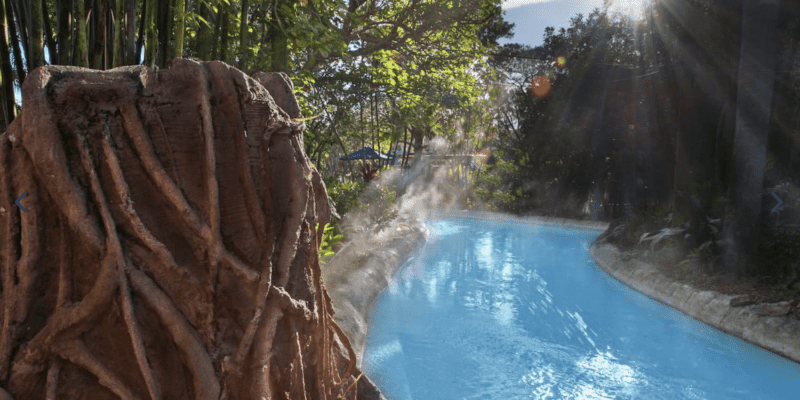 A snake ventured into a popular attraction at a Disney World Park recently.

However, the reality is that even though Walt Disney World Resort is “the most magical place on earth,” it still faces the natural factors that come with operating a theme park, including malfunctions, weather issues, and wildlife.

Recently a young Disney Park Guest was bitten by a snake while visiting Disney’s Animal Kingdom, but it seems that isn’t the only encounter with the wildlife that Guests have had recently.

A Disney Park Guest visiting Disney’s Typhoon Lagoon shared that during a recent visit, they had to be evacuated from Castaway Creek– the lazy river at the water park– because a snake had entered the water.

“We had to exit the lazy river at Typhoon Lagoon so snakes could be removed,” the Guest shared in a recent Reddit thread.

Of course, Disney Cast Members are expertly-trained to handle situations like this and made sure that the Guests were safe and that the snake was safely removed.

Go with the Flow

Guests can pick up an inner tube at any of the 5 landings along the 2,000-foot-long route and ease into the continuous, flowing river that winds all the way around Disney’s Typhoon Lagoon water park.

Typhoon Lagoon is now in the midst of hostings its popular After-Hours event “H20 Glow Nights” again. The separately-ticketed event allows Guests to visit the Park in the evening and enjoy plenty of special activities. At this time, Disney’s Blizzard Beach remains closed.

Have you ever experienced anything like this while visiting a Disney World Park? Let us know in the comments!