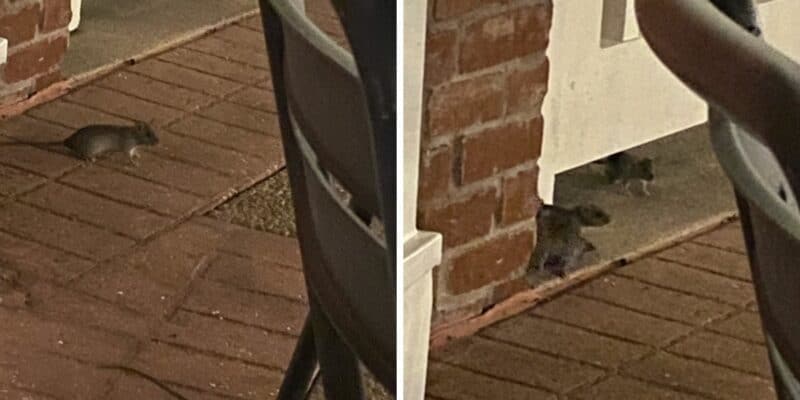 Guests were recently enjoying Disney’s BoardWalk Resort when suddenly they were met with rats, and no we aren’t referring to Remy from Disney-Pixar’s Ratatouille (2007).

Peter K. was recently visiting Walt Disney World with his wife. The couple decided to walk along Disney’s BoardWalk Resort one evening when suddenly, they were met by two furry “friends”.

Although many people would be freaked out by seeing these rats, Peter actually enjoyed the encounter. “There are many things that Disney has done in the past two years to make me question renewing my passes on June 16th,” he told Inside the Magic. “[But] things like this make me want to stay.”

Peter continued to tell Inside the Magic that he and his wife had fun seeing the rats. In fact, his wife thought that they were mice so she wasn’t scared! “I hated to tell her that it isn’t Mouseatouille,” Peter told Inside the Magic.

Related: Disney Restaurant Allegedly Infested With Rats, “They Were In The Walls”

It wasn’t only rats that Peter and his wife ran into. When walking by the Swan and Dolphin, they spotted a frog! “[We] came across this frog at the Dolphin/Swan right after earlier posing with a “Mr Toad” display in the MK,” Peter told Inside the Magic.

We do want to note that it is important to remember that if you see a wildlife animal, such as a squirrel, inside one of Disney World’s theme parks, please do not touch or feed the animal. As we mentioned earlier, Disney posts warning signs throughout the theme parks, and they’re doing so for a reason.

Have you ever seen any rats, frogs, or other animals running around Walt Disney World? Let us know in the comments below.