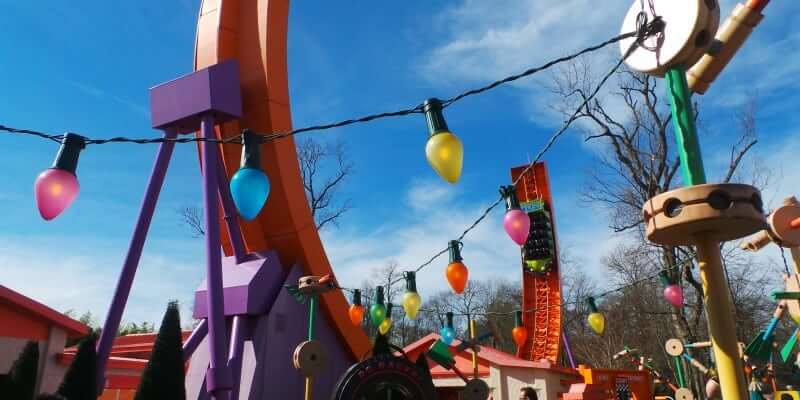 When visiting any of the Disney Parks and Resorts, the main “attraction” of your trip will most likely be, well, experiencing the attractions.

Unfortunately, attractions need downtime whether it’s for maintenance or some other refurbishment and the Disney Parks are no stranger to extended closures. In the past few months, we have seen major rides shit down like Expedition Everest at Walt Disney World as well as Pirates of the Caribbean at Disneyland, the latter of which has still yet to open.

One popular ride recently closed for a small refurbishment today.

As stated on the official Disneyland Paris website, RC Racer is now closed. The statement reads: “As part of our continuing efforts to exceed the expectations of our Guests, this attraction is closed today.”

According to PixieDust (@Pixiedust_be), the ride will be back online later this week on June 17:

While it is sad that Guests will not be able to experience this ride, we are glad it won’t be offline for long. The ride is part of the Worlds of Pixar section of Walt Disney Studios and is similar to the classic pirate ship ride you may see at other theme parks, except this one was given a Toy Story theme.

Andy is up to mischief and you’re in for the ride, as his speediest toy car hurtles up and down a 25-metre high half-pipe coaster.

RC Racer: Be Part of the Story

At the back of Toy Story Playland, Andy has unpacked his RC Racer and set up a half-pipe of epic proportions. The orange structure looms overhead. At Disney RC Racer it’s as if you’ve been shrunken down to the size of Buzz and Woody.

Once you’ve climbed into the huge remote controlled car, sit tight, as Buzz and Woody ramp up the speed and launch you on a thrilling ride of steep ups and downs. Over and over again.

Have you experienced this ride?