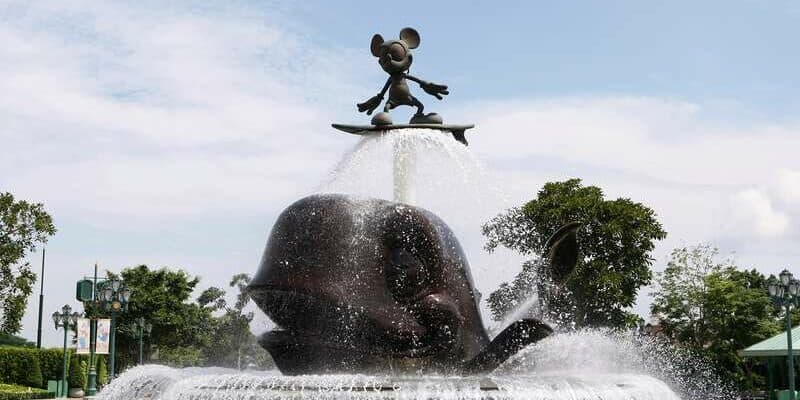 A Guest visiting one of the international Disney Resorts had quite a night recently, causing law enforcement to step in.

When visiting any of the Disney Parks and Resorts, it is crucial that Guests follow the rules laid out by Disney. This not only helps keep Guests and employees safe but helps to protect the Parks as well.

Unfortunately, Guests do not always listen and choose to do as they please, which is exactly what happened at Disneyland Hong Kong.

The photos, which you can see here, show the man specifically climbing into the mouth of a whale sculpture which resides in this body of water. The man also swam in the fountain. The photo was distributed through Facebook with many stunned to see what had happened at the Disney Resort.

The man can be seen making multiple poses as people took pictures. Many have criticized the Park for not sending out security guards to stop the man.

In response to the backlash and questions regarding this incident, a spokesman for Hong Kong Disneyland Resort stated that it would meet with law enforcement to discuss the situation. The spokesman reiterated that Guests must abide by all rules and regulations found enforced within the Resort.

Hong Kong Disneyland is just another incredibly popular Park within the Disney collection, bringing in millions of Guests each year. After opening in 2005, Guests quickly came to love the theme park as much as Walt Disney World Resort or Disneyland Resort! Much like its American counterparts, Hong Kong Disneyland has a ton of Disney Hotels to visit!

Comments Off on Guest Jumps in Disney Park Fountain, Swims In Restricted Area