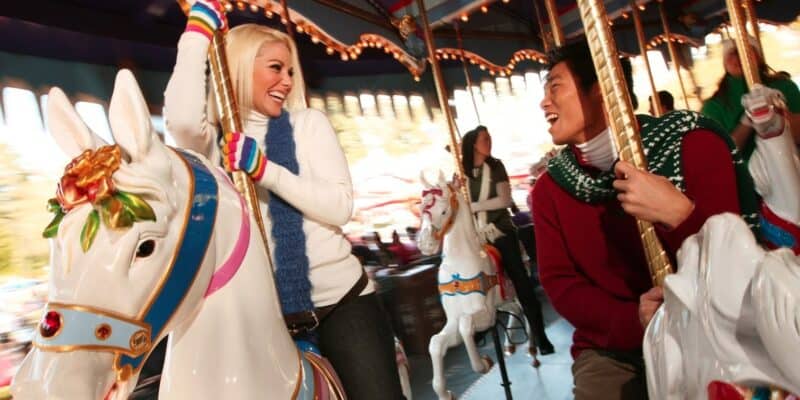 One mother caused quite a scene at the Disneyland Resort.

Related: All Disney Parks at Capacity Multiple Days This Week

As covered by TapHap.com, one mother was met with backlash after she chose to breastfeed her child while waiting in line at Disney.

Brittni Medina was visiting the Disneyland Resort in Anaheim, California in 2019 with her son and husband when the incident occurred. While Disneyland may be “The Happiest Place on Earth”, this was not the case on this specific day.

Medina was standing in a very long line waiting for an attraction, a common thing to do at the Disney Parks. Her infant son wanted to be fed, but she didn’t want to lose her spot in line. Medina ended up doing what many breastfeeding mothers do and nursed her son.

This is when things took a turn. As she nursed openly, Medina realized that some of the people around her weren’t too happy with her open display of breastfeeding.

According to Medina, two women began criticizing her for breastfeeding in such a public place let alone Disneyland and commented on the situation.

The two women continued to talk about her behind her back, outraged at the sight. This went on so much so that Medina got her husband to take a picture of her with the women behind her. You can check that photo out here.

Later on, Medina posted that photo on Facebook and recounted the incident. The post read, “These women were making snarky comments so I moved from my spot to catch a picture with these characters,”

Medina claims that the purpose of the photo and post was “not for attention for me but attention to the fact NO WOMEN SHOULD BE SHAMED FOR FEEDING THEIR BABY UNCOVERED.”

This post was also met with criticism. While some may disapprove, others agreed, saying that nursing mothers should be able to do so in the Resort.

Below is Walt Disney World’s rules on breastfeeding and the same applies to the Disneyland Resort.

You will be very happy to hEAR that the Walt Disney World Resort is breastfeeding-friendly! Therefore, you may nurse your infant child freely throughout the Resort. However, you’ll also find convenient Baby Care Centers for mothers looking to nurse in a more private and relaxing setting.

Baby Care Centers offer dimly lit rooms with rocking chairs “For Nursing Mothers Only”. These nursing rooms provide a relaxing atmosphere to nurse young Mouseketeers with ease. It’s definitely more convenient than trying to do it amidst the hustle and bustle of the theme parks. Not only that, but you’ll be nursing in air-conditioned comfort!

At Magic Kingdom Park and Epcot, the nursing rooms are semi-private and have rocking chairs that can accommodate up to four mothers at one time. At Disney’s Hollywood Studios and Disney’s Animal Kingdom Theme Park, the nursing rooms are completely private and can only accommodate one nursing mom at a time. If you need to use a breast pump, you’ll also find that electrical outlets are available there for your convenience.

Have you ever encountered an issue like this at Disney?