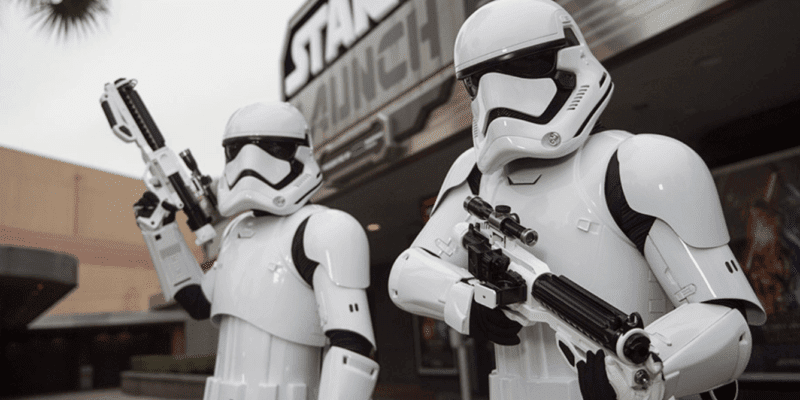 At Disney’s Hollywood Studios, Guests will find all sorts of fun and unique things to do. Most notably, Guests can live out their own Star Wars adventure at Star Wars: Galaxy’s Edge with incredible rides, jaw-dropping theming, and a level of immersion you have never seen from Disney before.

One of the more personal experiences Guests could have was meeting with iconic characters from the series like Darth Vader, BB-8, and Chewbacca at Star Wars Launch Bay which has been closed for quite some time.

After reporting that Star Wars Launch Bay would reopen on July 17, we noticed that several meet and greets were added to Disney’s Paid Lightning Lane service. However, taking a look at the official website now revealed these have been removed.

Star Wars Launch Bay opened in 2015, featuring art, props, and merchandise from the Star Wars films. Later, meet-and-greets with Kylo Ren, Darth Vader, Chewbacca, and other Star Wars characters were added. It underwent many changes over the years, with the addition and eventual removal of the Jawa characters who roamed the exhibit, trading Guests’ droid parts for any small, shiny object they could get their hands on.

Considering the success of Star Wars: Galaxy’s Edge, fans wondered if the Launch Bay would ever return. Following the new land’s opening at Disney’s Hollywood Studios, the older meet-and-greet area closed, and the shops felt more barren than before so we are super excited that it will in fact return.

Celebrate all things Star Wars and come face-to-face with Characters from the legendary space saga.

Are you looking forward to meeting Star Wars characters once again at Disney World?