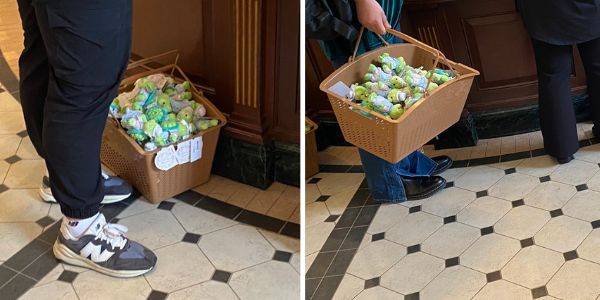 Anytime there is a special holiday or limited-time event at the Disney Parks, you can bet your Mickey ears that Guests will be offered some unique and more limited merchandise. We have seen this at Walt Disney World, with Guests going crazy for cups, mugs, and bags as the Resort continues celebrating its 50th anniversary.

Unfortunately, this sometimes means that certain Guests will start to hoard this special merchandise in order to resell it later for a higher price, sometimes making insane profits.

Lately, we have seen this issue pop up at both the Walt Disney World Resort as well as Disneyland Resort. We have seen Disney take an active stance against resellers when it comes to their merchandise. Whenever Disney drops a new line of merchandise or a limited-time product, we tend to see some Guests leave with as many pieces of merchandise that they can carry.

They then go to sell those products online for a heavy markup.  It is against the rules at Disney, especially to use an Annual Pass discount to save money, to only then resell it for higher, and if caught can end in a ban from Walt Disney World property for life. Buying merchandise from Disney directly ties a product to the memory you may have from that day, which can end up becoming priceless. One thing about a lot of merchandise at Disney is that it can go fast, and it is extremely coveted.

Disney has done what they can to try and curb resellers by putting a limit on items that they can buy as only two per person, but some bring their kids or friends with them while purchasing items, and are then able to drive up their count. The most recent debacle in the reseller market at Disney was the Figment popcorn buckets at EPCOT for the Festival of the Arts. Guests were lining up 7 hours in advance to collect their buckets and later that day, we found multiple on eBay selling for over $200.00.

It seems like this issue carries over into the intentional Disney Parks as well, with one Twitter user sharing multiple Guests heading limited merchandise at the Tokyo Disney Resort.

20th Anniversary Or-kun resale has started. Only people who are full of baskets (translated)

In response to this, Twitter users replied with their take on the situation. @sally_shiki said:

Why don’t you make this one by one? At least up to three. Some people may line up at the cash register many times, but isn’t it strange that the basket is full and there is no limit at one cash register? I feel sick. (translated)

Some guests don’t think about other guests (translated)

This kind of thing is disappointing. I’m in Tohoku, so I can hardly go, so it’s sad that I didn’t have it when I went there for the first time in years (translated)

While Disney usually has a policy on how many items Guests are allowed to buy, Guests have ways around this, as we can see above. Typically, Guests will bring their kids as every Guest can make a purchase, even from the same party, and as long as the size or skew is different, the product counts as a “new” one.

Hopefully, the merchandise lasts for those Guests wanting to purchase it for themselves.

Have you encountered resellers at Disney?