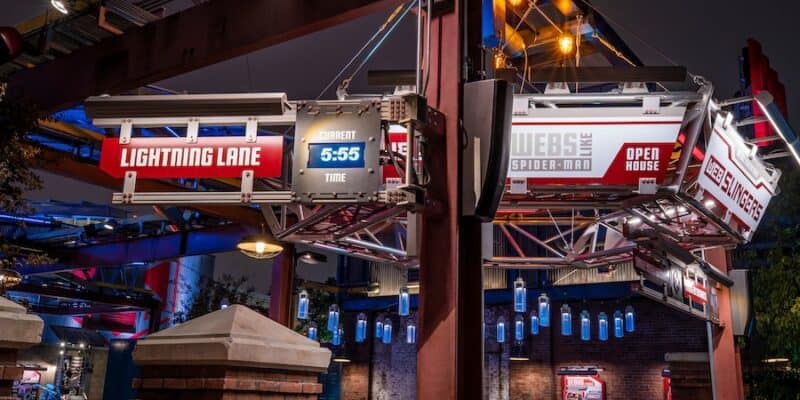 Disney Genie, Disney Genie+, and Lightning Lane have been met with much controversy to say the least since arriving at Walt Disney World Resort and Disneyland Resort.

The paid services– Disney Genie+ and Lightning Lane— have reportedly seen their fair share of problems, including glitches and Disney Park Guests complaining about not being able to get a reservation for any of the attractions they wanted after purchasing the add-on service. In addition, many have complained about having to stay on their phones the entire day rather than enjoy cherished time with their families.

While some have noted that the paid service is not required and that anyone who doesn’t want to use it can simply wait in the standby line, it seems that allegedly wasn’t the case for one Guest recently at Disneyland.

As you can see in the video, the user frequently visits both Disneyland Park and Disney California Adventure, but this is the first time that they’ve seen this type of situation unfold.

Disney’s official description of Soarin’ Around the World reads:

Disney Genie was recently added to the My Disney Experience app, which is a new way for Walt Disney World Resort Guests to plan their day. Disney Genie is meant for those who are unsure on what they should do while at Magic Kingdom, EPCOT, Disney’s Animal Kingdom, and Disney’s Hollywood Studios and gives them a variety of specifically catered options. On top of that, Disney Genie also has a Disney Genie+ feature. For $15.00 per day per Disney World Guest, you can skip the long standby queue by making a Lightning Lane reservation (new FastPass) and returning at that time.

At each Disney Park, however, there are some attractions that Guests would need to purchase a separate Lightning Lane ticket if they wanted to skip those lines. Those Walt Disney World Resort attractions are:

Until August 7, 2022, Mickey & Minnie’s Runaway Railway, Frozen Ever After, Remy’s Ratatouille Adventure, Space Mountain, and Expedition Everest – Legend of the Forbidden Mountain will be included via Disney Genie+ service and will not be included as individual Lightning Lane entry selections. However, after that date, they are currently set to return to be individual Lightning Lane selection.

Have you had a similar experience with Lightning Lane? Let us know in the comments!