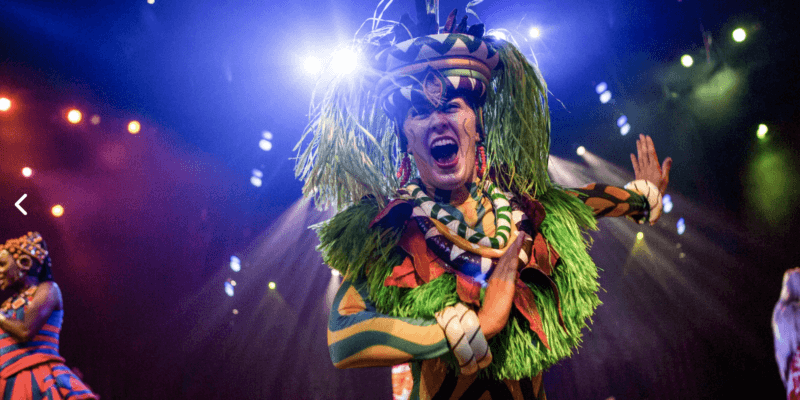 A fire broke out during a recent performance of a popular Walt Disney World Resort show.

There are plenty of beloved attractions and experiences to enjoy when visiting a Disney Park, whether that be Magic Kingdom, EPCOT, Disney’s Animal Kingdom, or Disney’s Hollywood Studios.

When visiting Disney’s Animal Kingdom, you can enjoy plenty of fun as you’ll want to make sure to take a ride on Kilimanjaro Safaris and then take a trip over to Pandora to ride Avatar Flight of Passage and Na’vi River Journey. Enjoy You can head over to Asia to ride Expedition Everest and then get your splash on at Kali River Rapids and head over to the Tree of Life to say ‘hi’ to Flik at It’s Tough To Be A Bug!

One of the most popular attractions at Animal Kingdom is A Celebration of the Festival of the Lion King.

We recently reported on an incident that almost resulted in a fire at the show and it seems at another showing that a small fire broke out.

As you can see in the video, a Disney Cast Member with a headset rushes onto the stage with a towel to put out the small fire. Cast Members have been expertly-trained in these situations and no one was ever in any danger.

Disney’s official description of the Festival of the Lion King reads:

Do you love the Festival of the Lion King? Let us know in the comments!