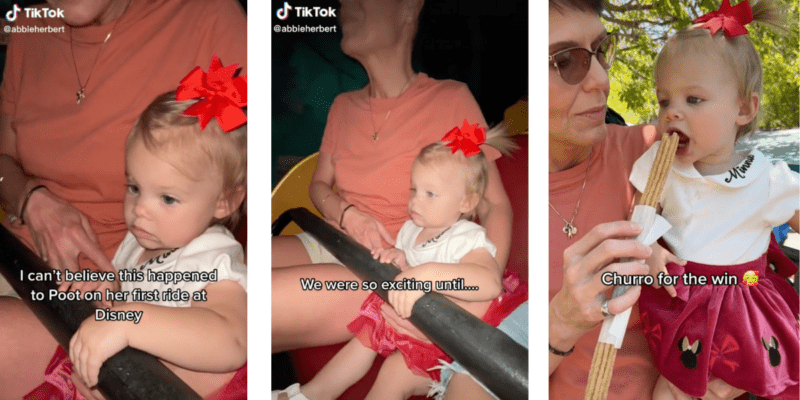 Guests of all ages can have a magical Disneyland Resort vacation. The Parks offer plenty of all-ages rides and experiences so that even the smallest Guests enjoy themselves.

However, the ride didn’t go as planned. In a viral video, her daughter, who just turned a year old, is curiously looking around at the end of Peter Pan’s Flight when the ride comes to a sudden stop:

When the ride stops, the family lurches forward and the baby hits her nose on the lap bar. The family reacts immediately and cheers her up with an iconic Disney Park churro when they get off the ride.

Herbert reports that it was just a small bump and the baby is totally fine, or she wouldn’t have posted the video. In another viral TikTok, the baby cheerfully claps and smiles throughout the Disneyland trip:

Peter Pan’s Flight opened along with Disneyland Park on July 17, 1955, and was later recreated in Magic Kingdom at Walt Disney World Resort.  It’s an all-ages ride with no height requirement. From Disney:

Soar over London aboard an enchanted pirate ship to Never Land with the boy who wouldn’t grow up.

Do you have any cute stories from your kids’ first Disney trip? Share them with us in the comments!