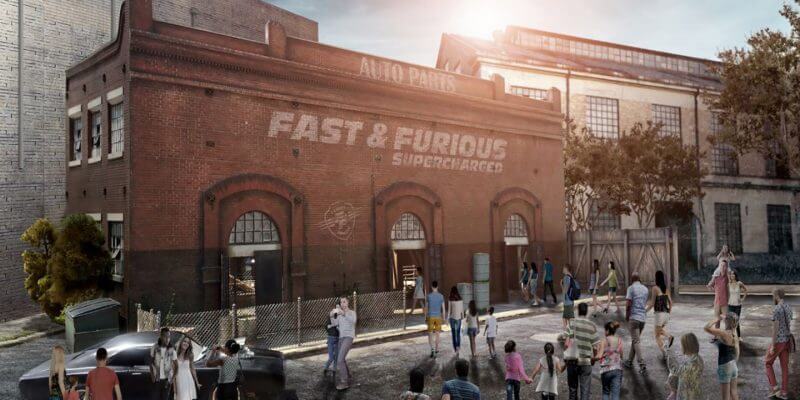 Universal theme parks are jam-packed with amazing attractions that range in terms of thrill, while all being incredibly detailed and spectacular for Guests. At Universal Studios Florida, we recently saw the theme park introduce Jurassic World VelociCoasters to Islands of Adventure. The Jurassic World coaster is a show-stopper, leaving every Guest stunned after they ride, and ready to hop back in line to experience it again.

Now, there are speculations that Universal Studios Hollywood could be getting a new coaster, however, it would take on a different IP.

If there is one attraction at Universal Orlando Resort that often tends to get a lot of criticism, it is Fast & Furious Supercharged. The attraction has been called “lazy,” “poorly executed,” and a “disappointment.” It shows much of the same technology as Skull Island: Reign of Kong next door at Universal’s Islands of Adventure, but many have noted they believe the production quality is worse.

The attraction is slightly different at Universal Studios Hollywood, however, as it is part of the tram tour, and not a dedicated ride. Now, it seems that some think that the Fast and Furious IP will be integrated into the West Coast park.

It seems that there may have been some pre-pandemic plans to create a Fast and Furious drift coaster, and now, those plans may have resurfaced.

Rumor has it this attraction could be designed by Intamin, and would feature a drifting effect. This would allow the coaster cars to individually rotate along with each curve in the track, accentuating the motion, while recreating the feeling of drifting a car.

Intamin is the same ride manufacturer for VelociCoaster, so the partnership continuing would not be too surprising. Universal Studios Hollywood is home to some amazing attractions, however, there is no thrill coaster at the Park, so this could be the perfect solution, and potentially a much better way to represent the franchise through an attraction compared to what has been done so far.

That being said, one of the rumors about Epic Universe– Universal’s newest theme park coming in 2025– is that there will be a “racing coaster.” This hasn’t been confirmed by Universal, but many permits, and the concept art shows this potentially loosely based on a space theme. We have also heard speculations of a How to Train Your Dragon coaster, which could be what these permits are for.

Join The Family. Join The Ride.
Join the crew for an immersive Fast & Furious experience. Step into an amazing re-creation of the crew’s headquarters filled with actual movie props and supercharged vehicles you’ve only seen on the big screen. Ride along with Dom, Letty, Hobbs and Roman on a street chase in the middle of the high-octane world of the Fast & Furious blockbuster films.

Would you like to see a Fast and Furious coaster? Let us know in the comments below!