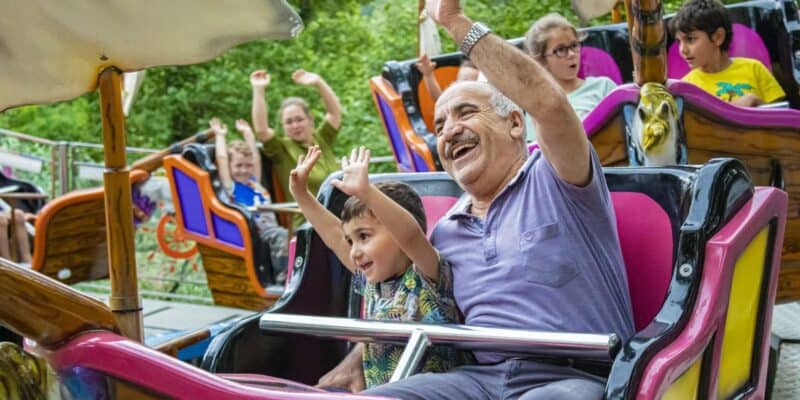 As reported by NL Times, multiple Guests were injured in an amusement park accident on Friday, May 27. The accident very likely could have been fatal.

The incident occurred in a theme park in Valkenburg which is located south of the Netherlands. The accident happened after two carts fell from the attraction, resulting in two children and two adults falling with the carts. The nature of the Guest’s injuries was not disclosed but they were taken to the hospital.

An image of the ride can be found below.

The Limburg-Zuid Security Region originally thought that two cars fell from the attraction, but later said only one was involved.

The ride involved was the Ballontoren Calidius, a tower designed to look like gondolas attached to hot air balloons. The attraction brings people to a height of roughly 30 feet, with the gondola baskets rotating around the tower.

The incident happened at Sprookjesbos Valkenburgin. The theme park is geared towards families, offering a lot of fun activities for the whole family. The Park was designed with popular fairy tales in mind. It first opened in 1950 and was visited by 40,000 people last year, making it quite the popular destination.

As of now, we are unsure of the condition of the injured Guests. More on the park below:

Discover the Fairytale Forest in a playful way! Meet Little Red Riding Hood and Little Thumb, among others. Climb and clamber in Forest Games, shoot with bow and arrow at Robin Hood or have fun at Prinses op de Pea. Fantasy and reality meet in the Fairytale Forest in Valkenburg aan de Geul. Theme Park Fairytale Forest is an authentic and affordable play paradise for children. Come and discover the timeless fairy tales, countless playground equipment and attractions in this 3-hectare forest against the Heunsberg.

Have you ever visited this theme park?