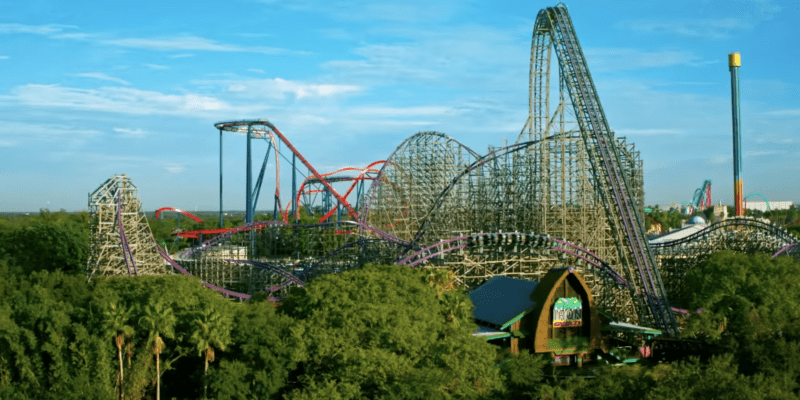 Florida police say a man has tragically died after a road-rage incident unfolded near a popular theme park.

Tampa Bay officers say they responded to an altercation that took place in a parking lot near Busch Gardens theme park and Adventureland water park on May 14, according to reports. Two drivers were leaving the parking lot when they exchanged words and eventually left their vehicles.

One man punched another and he fell to the ground and hit his head. He was taken to the hospital but tragically died on Sunday. No arrests were made at the scene and no charges were filed at the time.

At this time, no more information has been released on the incident.

There are several parking lots located around Busch Gardens Tampa Bay that are used for parking for both nearby eateries and shops, as well as for theme park and Adventureland water park.

Busch Gardens was most recently in the news for confirming that it had checked its drop tower attraction following the tragedy that unfolded at ICON Park in Orlando. 14-year-old Tyre Sampson tragically fell from his seat and died. Since the incident, Sampson’s family has filed a lawsuit against more than a dozen defendants claiming negligence and that SlingShot Group– the operators of the ride– had manually manipulated the sensors on the attraction.

In addition, many Florida lawmakers are looking to make changes that would affect theme parks across the state following the incident, including Walt Disney World Resort, Universal Orlando Resort, SeaWorld Orlando, Legoland, Busch Gardens Tampa Bay and many more.

Busch Gardens also just recently opened its newest thrill coaster, Iron Gwazi, this past March. The thrilling coaster plunges riders from a 206 foot-tall peak into a 91-degree drop and reaches top speeds of 76 miles per hour. Riders on Iron Gwazi will experience a dozen airtime moments, including three inversions, as they sink their teeth into crocodile-inspired thrills.

Inside the Magic will continue to update you on this investigation.