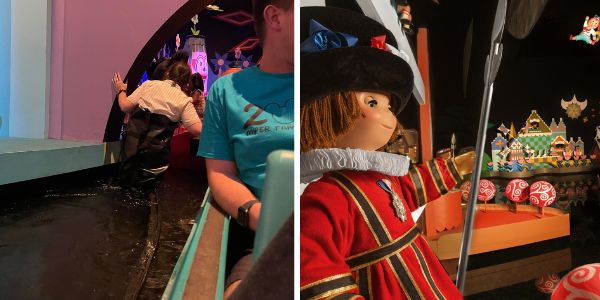 A few Guests had a rather interesting experience while onboard one of the most iconic Disney attractions of all time.

While Disney World may be “The Most Magical Place on Earth”, sometimes things go wrong. In the past, we have seen multiple examples of rides and attractions being shut down, and earlier this week the same thing happened on “it’s a small world”.

Located in Fantasyland, “it’s a small world is one of the most popular and beloved attractions all of Disney Parks history. Due to the fact that the ride is a slow-moving water ride, boats can tend to get backed up leaving Guests stuck on the ride longer than they may want. However, one Guest shared their story of getting stuck for quite a while and ultimately having to leave the ride.

This is how the Guest described the situation:

We had to get rescued off of It’s A Small World tonight- luckily they stopped the music after about 20 minutes but the whole thing took almost an hour and a half! The people behind us actually called 911 for help.

The Guest also shared images with us that detailed their experience which you can see below.

It is quite impressive to see Cast Member’s dedication to saving the trapped Guests, wading in the surprisingly deep water. Thankfully, everyone was able to safely evacuate the ride. We are not sure if authorities actually showed up after the Guests called 911. Please be advised that if a ride ever breaks down, no emergency call is needed! Cast Members will always be able to assist and get Guests out safely.