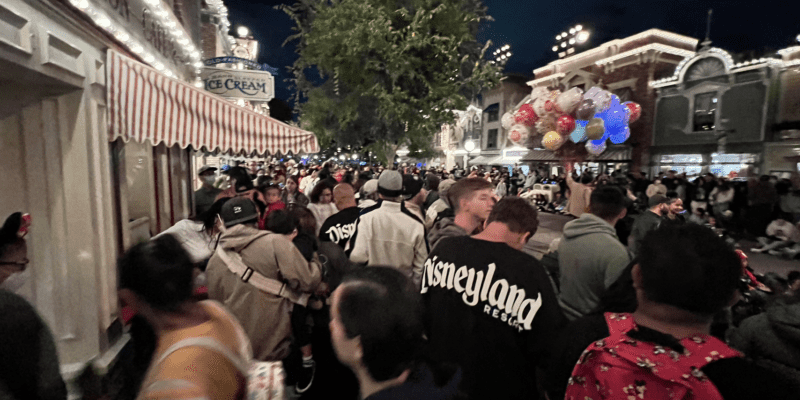 Some Guests recently discussed long lines at Disney, but they weren’t waiting for a roller coaster.

There is no denying that the Disney Parks are crowded now, seemingly more than ever, Though they are still operating at a “limited capacity”, Disney Park Guests are feeling the stress of thousands of other Guests more and more every day in the Parks. From long ride queues to hard-to-find merchandise, Guests are sometimes stuck competing with other Guests.

This was shown in another way in a discussion online where some troubled Guests talked about waiting at restaurants.

One anonymous Guest shared their story on Reddit of having to wait quite a long time for a table even though they had a reservation. The caption reads, “Got reservations 60 days in advance at 6am for 2pm. 25 minutes later and I’m still waiting for a table”.

Surprisingly, this was a common occurrence at Disneyland with users flooding the comments with similar experiences. One sure said, “Happened to me at Lamplight last August. I think they’re just waiting for people to leave the reserved table. Another said, “Same. Woke up early 60 days before our trip to book dinner at LL during the food festival. Got there and waited ~45 minutes to be seated and was also told that they ran out of their donuts for the day. (It was only 7pm.)”.

One user even said that they showed up with a reservation, were told it would be around 15 minutes, and then proceeded to wait over an hour. While waiting for a table is expected, waiting an hour is certainly not a magical experience Guests expect to have when visiting Disneyland or Disneyland California Adventure.

Disneyland has a lot to offer when it comes to dining. From the Blue Bayou, Tropical Hideaway, and Daisy’s Diner to the new and exciting Oga’s Cantina, Guests have so many great options when visiting the Southern California Resort.

How long have you waited while having a reservation?