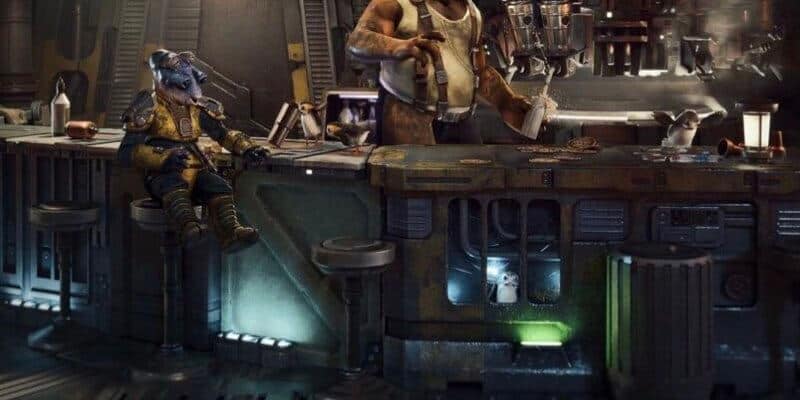 Walt Disney World Resort is home to many world-class attractions and one of the most incredible experiences can be found at Disney’s Hollywood Studios in Star Wars: Galaxy’s Edge.

Star Wars: Rise of the Resistance and Millenium Falcon: Smuggler’s Run both reside inside Galaxy’s Edge, and Disney Park Guests onboard the Star Wars: Galactic Starcruiser get a unique look inside the land, but Disney has another addition that Star Wars fans are sure to love!

The new experience– which will only be available for a limited time– will be located in Disney Springs where the previous NBA Experience once resided.

Meta Quest, ILMxLAB – Lucasfilm’s award-winning immersive entertainment studio – and Disney Parks are excited to continue their collaboration by bringing the Meta Quest 2 preview of Star Wars: Tales from the Galaxy’s Edge to Disney Springs West Side from May 2 through July 21.

The hands-on preview will showcase a short version of ILMxLAB’s virtual reality experience Star Wars: Tales from the Galaxy’s Edge, which expands the world of Batuu like never before! Once inside the Quest 2 headset, you’ll be immersed within sweeping 360 views of the Star Wars galaxy. The adventure takes place on the outskirts of Black Spire Outpost on the planet of Batuu, which you may be familiar with from Star Wars: Galaxy’s Edge, the immersive epic lands at Disneyland Resort in California and Walt Disney World Resort in Florida.

The story features both new and iconic characters from the Star Wars galaxy. Gameplay was designed for a variety of players – from Star Wars fans to VR gamers – at home on Quest 2. In Part 1 of this action-adventure experience, you take on the role of a droid repair technician operating near the Outer Rim. When a group of pirates attack and you crash on Batuu, you’ll discover that anyone in the galaxy can become a hero. Then, continue your epic journey with Star Wars: Tales from the Galaxy’s Edge-Last Call, the recently-released expansion. This new add-on gives you the opportunity to expand your virtual-reality adventures on the Outer Rim and experience more eras in the Star Wars galaxy.

Fans who complete the experience will also receive giveaways and have the ability to purchase a Meta Quest 2 onsite. Those who attend on May 4 can receive an exclusive poster featuring the Guavian Death Gang cell operating on Batuu and their merciless leader, Tara Rashin.

For a limited time, this complimentary preview experience will be offered daily, noon – 10 p.m., at Disney Springs West Side. Reservations may be available. A Meta Quest staff member will assist you on-site with reserving a time to come back to participate or direct you to queue inside the building, based on availability. Visit DisneySprings.com/metaquest for more information.

Disney introduced this VR experience at Disneyland Resort last year. Disney has been experimenting with potential technology that could create a Metaverse in its Parks.

What do you think of this new Star Wars experience? Let us know in the comments!