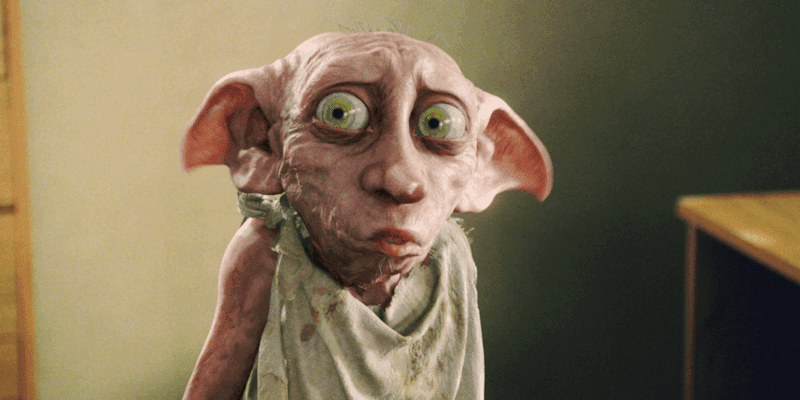 There are few series that have reached the pinnacle of success seen by J.K. Rowling’s Harry Potter.

The book series became one of the most popular movie series of all time and, over the span of 10 years, the eight movies made an astonishing $7.73 billion worldwide.

The franchise starring Daniel Radcliffe, Rupert Grint, and Emma Watson became one of the most beloved movie series and there are millions of Harry Potter fans, even after the original eight movies have been released more than a decade later.

Both Universal Orlando Resort and Universal Studios Hollywood had deals in place with Warner Bros and J.K. Rowling to create the Wizarding World of Harry Potter at their theme parks. There, Guests are able to enjoy world-class attractions, experience Hogwarts, and immerse themselves in the magic.

However, it seems that a memorial dedicated to a beloved character could be in danger of destruction.

A longstanding “grave” at Freshwater West beach dedicated to Dobby, a gentle “house elf” who was freed from his abusive masters when gifted a sock, is in danger of being removed according to the latest survey from the National Trust.

Harry Potter Stuff (@TheHPfacts) shared a photo of the grave in question on Twitter.

Dobby is known for his dedication and loyalty to Harry Potter and his friends. Even though he was a free elf, he came to rescue them. In the movies, Dobby was laid to rest in Harry Potter and the Deathly Hallows Part 1 at Freshwater West beach with the phrase “Here lies Dobby, a free elf” inscribed on the tombstone.

Because the character was so beloved in the series, Harry Potter fans erected a memorial on the beach, leaving tokens of goodwill, primarily socks, at the site. However, the National Trust is concerned that the infrastructure around the grave is unsafe.

“Over the past few years we have seen an increase in visitors wanting to experience all that Freshwater West has to offer, including its beautiful beach,” the group began in a statement. “We love welcoming people to the site, but the increase in numbers does mean its facilities and infrastructure are under even more pressure. We want visitors to have an enjoyable, safe experience while ensuring this special landscape is looked after for future generations.”

JK Rowling has been under scrutiny lately for comments related to transgenderism, prompting Daniel Radcliffe, Rupert Grint, and Emma Watson to take stands against the author. The author was not invited to the Harry Potter 20th anniversary and the latest Fantastic Beasts film, Fantastic Beasts: The Secrets of Dumbledore, hit an all-time low at the box office. However, in reference to Dobby, the author of the Harry Potter series did express sentiments in the past that she wished she had not killed Dobby.

What do you think of the memorial to Dobby? Let us know in the comments!