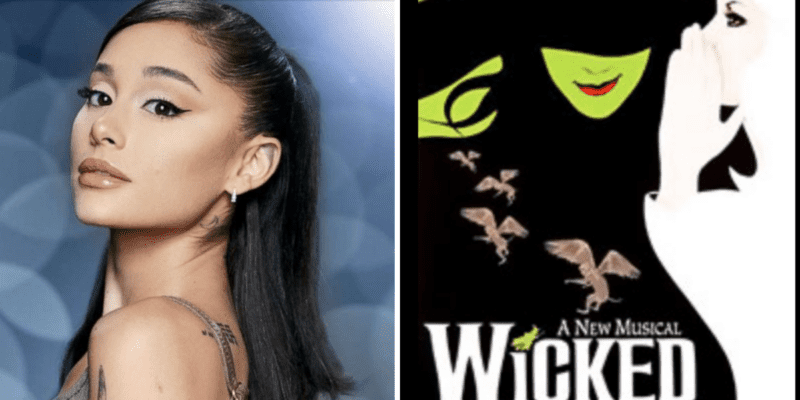 Ariana Grande has become one of the most recognizable celebrities on both the Billboard charts and in Hollywood as of late.

Getting her start as Cat in the hit Nickelodeon television show Victorious, Ariana Grande took her acting career and successfully transformed it into a music career that has included seven Top-10 hits on the Billboard charts and 25 total songs to hit the charts, joining a distinguished group of pop artists that includes names like Taylor Swift and Harry Styles. Some of these include “No Tears Left To Cry,” “Rain On Me,” “34+35,” “Positions,” “Side to Side,” “Breathin,” “Thank U, Next,” “7 Rings,” and many others.

Now, the music star is putting all her energy into her acting career after landing her “dream role” in the live-action adaptation of the Broadway musical Wicked.

Live-action musical films have been on the rise lately, especially when it comes to films from the Walt Disney Company. This past summer, Disney also ventured into the world of filmed Broadway productions. The highly popular hit show Hamilton came to Disney+ in July 2020 and caused the platform to erupt with subscribers. Now, Universal Pictures is taking a page from Disney’s book and is ready to bring another fan-favorite Broadway musical to the screen.

Wicked is the second highest-grossing Broadway show with over $3 billion in profits, just behind Disney’s The Lion King, so the live-action is expected to do well.

Just recently on her Youtube channel, the ex-fiance of Pete Davidson and current wife of Dalton Gomez revealed that she has not begun on another album to date.

“This is a question I’m nervous to answer, but I feel like I want to have a little bit of transparency and honesty with my fans,” the singer said. “The truth is, I have not begun an album.”

Though her last album, “Positions,” was released in 2020 and many fans were hoping to hear news of new music coming soon, but the singer said this will not be the case for quite some time, at least until Wicked filming is complete.

“I know. I hear through the grapevine that you have a lot of theories and expectations in that department but, after ‘Positions,’ [I] was not ready to start another album yet. So I have not begun another album,” Grande said. “I know the material like the back of my hand, but I still have so much to learn. I went pretty hard getting ready.”

Grande’s role as Galinda will star opposite Tony-winner Cynthia Erivo’s Elphapba, the Wicked Witch of the West. Because this is a dream role, she said she is dedicating “every piece of me, every minute, every ounce of my heart, my time, my everything that I can give it … I am spending all my time with Glinda.

It was recently confirmed that Wicked will release in two parts on successive Christmas holidays beginning December 2024.

Just recently, it was reported that Ariana Grande and Kelly Clarkson would be exiting The Voice as coaches.

Are you excited about the new Wicked movie? Let us know in the comments!