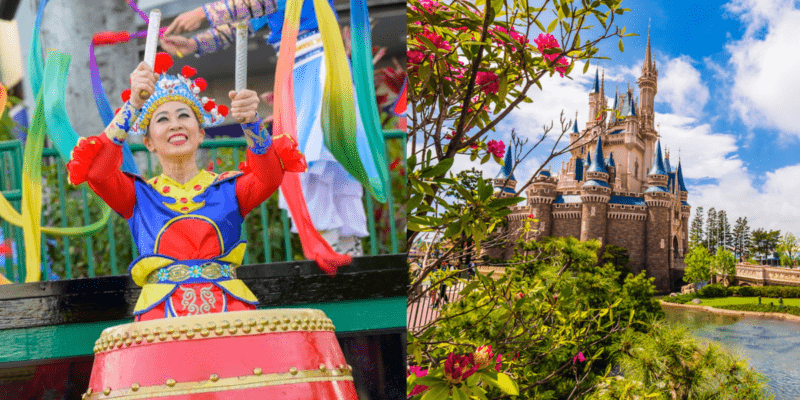 Disneyland is no stranger to celebrating diverse American cultures, and this May is no different. The Disney Parks Blog just announced a month-long celebration of Asian American, Native Hawaiian, Pacific Islander Heritage Month at Disneyland Resort.

Earlier this week, Disneyland announced a celebration of Black culture with special entertainment at Disneyland and Downtown Disney starting at the end of May. Until then, Guests can delight in food, music, and other entertainment offerings celebrating Asian American, Native Hawaiian, and Pacific Island culture.

Overnight hotel Guests at any Disneyland Resort can sign up for additional complimentary experiences, including lei making and traditional Chinese tai chi lessons.

At Downtown Disney’s Wonderland Gallery, Guests can also meet artists Jerrod Maruyama, Joey Chou, Ann Shen and June Kim. They will sign autographs and share their artistic prowess with Guests on May 21 and 22.

If you are headed into the Disney Parks, more exciting celebrations await! On Main Street, U.S.A., at Disneyland, Guests can delight in a Children’s Day window display outside the Emporium. From Disney:

While this holiday is celebrated by many cultures, the window pays homage to the Japanese Children’s Day celebrated annually on May 5 where families display koinobori also known as “carp streamers” to symbolize determination and success, and ornamental kabuto helmets to represent wishes for strength and vitality. The window also displays games from other Asian, Native Hawaiian and Pacific Islander cultures such as Sungka (Philippines), Traditional Indian Chess, Mahjong (China), Konane (Hawaiian Islands & Polynesia), Nei-pat-ko-no (Korea) and Kendama (Japan), all of which existed during the Victorian-era.

Which of these limited-time offerings celebrating Asian Pacific American Heritage Month are you most excited about? Let us know in the comments.

If you want to visit California’s Disneyland or Disney’s California Adventure or Florida’s Walt Disney World  on your next family vacation to experience any of the four Disney Parks — Magic Kingdom, EPCOT, Disney’s Animal Kingdom, and Disney’s Hollywood Studios — but aren’t sure where to begin planning, then don’t hesitate to reach out to our friends over at the Authorized Disney Vacation Planners at Academy Travel for a free quote.