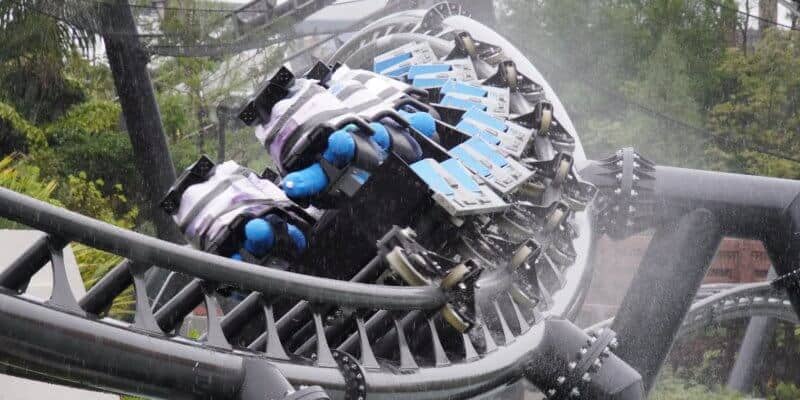 Universal Orlando Resort Guests have plenty of thrilling attractions to enjoy when visiting both Universal Studios Florida and Universal’s Islands of Adventure.

The newest of those attractions is the Jurassic World Velocicoaster. The incredible coaster, which opened in June of 2021, lets Universal Guests experience “the thrill of the hunt” with an insane track that includes an incredible ride with four inversions, two exhilarating launches, a one-of-a-kind 360-degree barrel roll right above the lagoon, an inverted zero-gravity stall that sends riders upside down across 100 feet of track, and a 155-foot tall “top hat” with a 140-foot drop at eighty degrees.

Because of the intensity of the ride, it should come as no surprise that the Velocicoaster is one of the most popular attractions at Universal Orlando.

TikTok user @like_a_mr_stone recently posted a strange incident that unfolded after a line jumper was caught in the Velocicoaster queue.

Tried to skip the lines and got mad when she gets called out lol. #fyp #universalstudios #universal #grad #gradbash #skip #idiotsoftheinternet #velocicoaster #islandsofadventure #harrypotter #minions

As you can see, a Universal Team Member is calling on their radio which likely means the person is being removed from the line. As conflict breaks out, we can hear a wild chant of “skipper” break out directed at the person who attempted to cut in line.

Here is what Universal says about line jumping:

“Line jumping where the use of a queuing system is employed is prohibited and may result in expulsion from Universal’s property.”

What do you think of this incident at the Jurassic World Velocicoaster? Let us know in the comments!