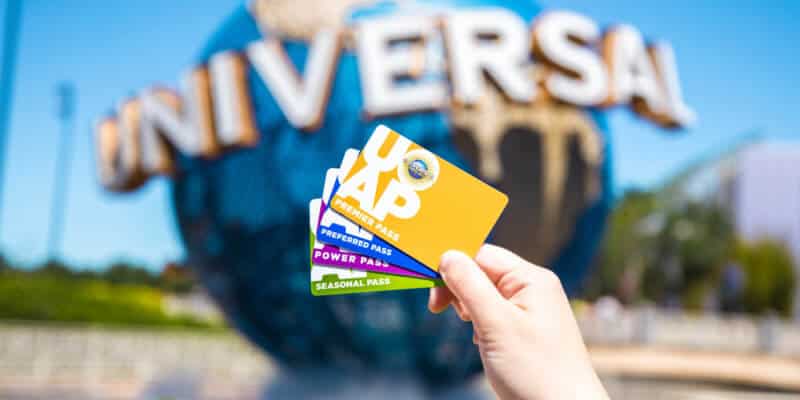 Universal Orlando is home to many thrilling attractions, including the all-new Jurassic World Velocicoaster and Hagrid’s Magical Creatures Motorbike Adventure, and there are plenty of exciting updates on the way, as well. Universal Studios Florida will be reopening Revenge of the Mummy this summer after a lengthy refurbishment and a rumored Minions-themed attraction is set to take over the area where Shrek 4-D once stood.

It’s a great time to be a UOAP member and it seems some exciting benefits are coming this spring for annual passholders.

Your Bonus Benefits Are Coming Soon

Like extra sprinkles and another cherry, we’ve got some fun in store this spring just for the UOAP family. Things like an exclusive entrance, hotel room discounts, exclusive dining locations, and more. Stay tuned for more details!

UOAP members will have an exclusive entrance, which means they’ll enjoy their own line to the theme parks as well as exclusive dining locations, hotel room discounts, and much more. The timing of when this new entrance might be opened was not announced, but with spring upon us, we should expect to hear more about all the benefits coming to UOAP holders soon!

Universal Orlando Annual and Seasonal Passes are loaded with benefits and perks that let you experience the Resort like a pro. Explore exclusive extras like discounts at some of your favorite dining and shopping locations throughout Universal Studios Florida, Universal’s Islands of Adventure, Universal’s Volcano Bay, and Universal CityWalk. Plus, each Pass gives you access to special offers at Universal Orlando Resort Hotels so you can take your visits to the next level.

Are you a UOAP member? Let us know in the comments!