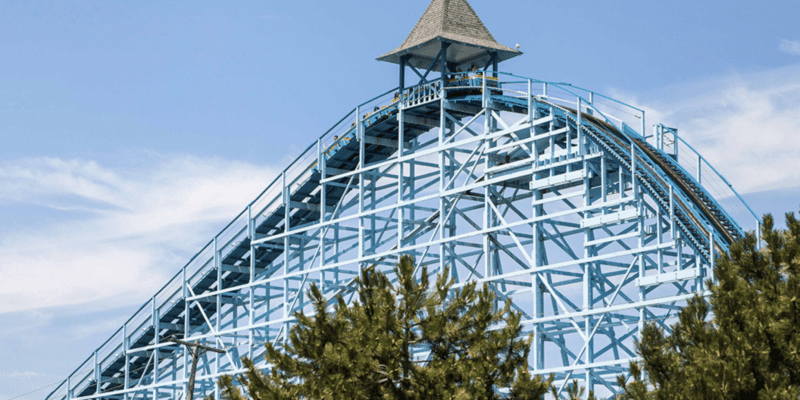 Theme park lovers are always looking for the best and most unique attractions to experience.

Walt Disney World Resort, Disneyland Resort, Universal Orlando Resort, Universal Studios Hollywood, SeaWorld, Busch Gardens, and Six Flags are always among the most popular theme parks visited each and every year, but that doesn’t mean that there aren’t more incredible attractions and thrills to experience at hundreds of other theme parks around the country.

One of those theme parks is Cedar Point.

The theme park is home to many iconic attractions, but that doesn’t mean every single ride goes necessarily as planned. In a Reddit thread, a Cedar Point Guest shared an interesting story while on the ride Blue Streak.

Blue Streak, a massive wooden coaster, takes riders on a thrill-packed ride of hills at speeds of up to 40 mph.

However, the Guest had an interesting experience to share when boarding the ride. The coaster stopped halfway up the lift hill and a theme park attendant came to confiscate another Guest’s phone. Once the phone had been taken, the ride continued.

“I went on Blue Streak and I got on and halfway up the lift hill it stopped,” User U/Blu3_Bl4z3wastaken said. “An operator came up the steps and told the guy behind us to give him his phone. He was like “Are you serious?” He gave him his phone the ride op left. And this guy was just ranting on and on about how “Cedar Point treats adults and children the same” and that “Cedar Point is taking away people’s rights”. Yeah ok dude. They are helping you so your phone doesn’t fly out and break or hit someone. They notified him he would get his phone back 2 minutes later when he was off the ride and still. By getting the ride stopped you ruin other peoples thrills and worry them.”

Of course, there are rules at all theme parks about using your phone during a ride. It can be considered dangerous for both yourself and other riders. No matter what theme park you visit, you should always abide by the posted rules and regulations.

Don’t call it a throwback. Blue Streak may be Cedar Point’s oldest and most classic coaster, but it still competes with some of the park’s heavy hitters. It’s one for the ages and has been a family favorite since it opened in 1964, when it reversed a decade long drought of coasters in the park. A gentle wooden coaster that is nestled between two steel powerhouses offers a 1 minute and 30 second ride most recognizable for its classic out and back layout. The 78-foot climb up the first hill takes riders on a thrill packed ride of hills to the front of the park at speeds up to 40 m.p.h. It then takes a 180-degree turnaround before heading back to the station, but not before going over some more hills before coming to a stop. Some roller coaster aficionados may even call it a bucket list coaster. So don’t count this one out, Blue Streak is packed with hills, thrills and history.

What do you think of this incident on the coaster? Let us know in the comments!