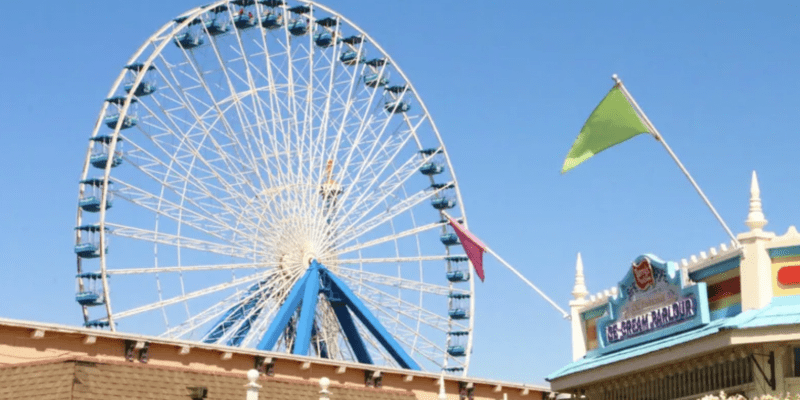 A signature ride at a popular theme park is being dismantled.

Six Flags Darien Lake, located near Buffalo, NY, is set to open for its 2022 season on Memorial Day weekend and one of its most giant rides won’t be a part of the season.

The Giant Wheel has been planted in the same spot since 1983 and has been a staple at the theme park for nearly four decades. However, Six Flags officials recently released a statement saying that the ferris wheel has “reached the end of its useful life.”

“We greatly appreciate the history and tradition of this classic and thank you for your patience while we evaluate alternatives for a replacement ride in the future,” the theme park said in a statement.

The ride was last in operation in 2019 and was officially retired in 2021. While some fans of the theme park maintained hope that it would receive a refurbishment and reopen to the public, Six Flags ultimately made the decision to dismantle its tallest ride to make way for a new attraction in the future.

At this time, there has been no announced plan for what will take over the attraction’s place.

This isn’t the first theme park ride that we’ve seen dismantled or closed over the last few years.

Walt Disney World Resort closed Stitch’s Great Escape at Magic Kingdom and the show building remains largely unused. There have been rumors for quite some time that a retheme could be coming to the Tomorrowland Speedway at the Disney Park, as well.

Over at Disneyland Resort, Toontown just recently closed for massive refurbishments. The area will undergo major updates and is set to open a brand new attraction, Mickey & Minnie’s Runaway Railway, when it does reopen. Disney California Adventure also just opened the all-new Avengers Campus. These are just a few examples of major changes that have taken place at theme parks recently.

What do you think of The Giant Wheel coming down at Six Flags? Let us know in the comments!