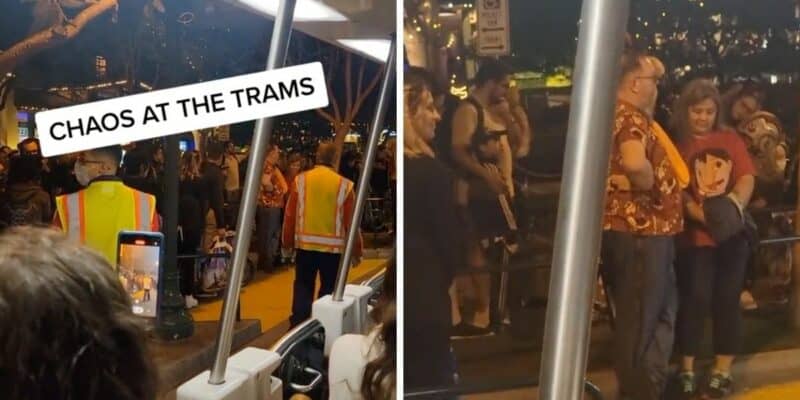 Guests visiting Disneyland this past weekend witnessed an incident unfold at the tram station, resulting in security being called and asking the disruptive Guest to leave.

One Guest, who was on the tram during the time of the incident, recorded part of the situation and posted it to TikTok. They also went on to explain exactly how this unfolded. “So the guy in the Chip and Dale shirt for some reason didn’t want to go back behind the yellow line,” they wrote. “He was in the grass area before I started [recording].”

They continued, “He kept cussing at everyone to leave him the f alone and to f off and f everyone. Yet he still didn’t want to move. There was a guy that got out [of] the tram because he was cussing at them too.”

Finally, they said that security was called to the scene and in the end, the Guests finally decided to leave and walk back to their preferred destination.

You can see part of the situation in the TikTok video below.

For a full list of Disneyland’s rules and regulations, as well as their current policies, visit the official website here.