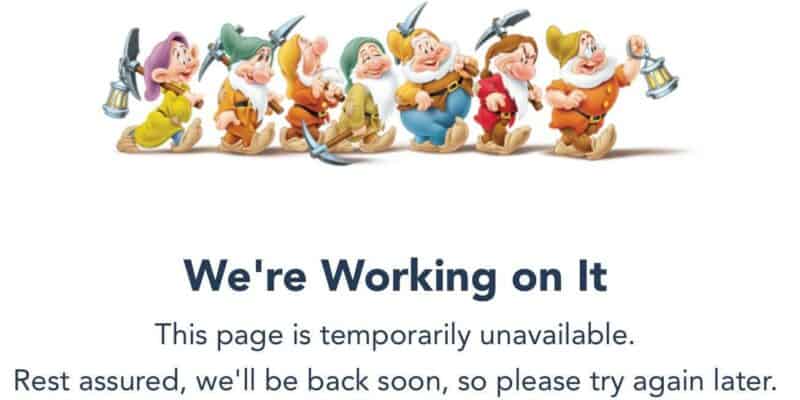 Registration for the 2023 Walt Disney World Marathon Weekend has not gone smoothly. Known for its downs (more than the ups), Disney IT services are always causing huge issues. From Genie+ performance fails to Stitch eating pages, it’s nothing new, but the frustration lingers. This morning, Tuesday, April 19, 2022, was the official registration start for the famed Marathon Weekend held in January each year. Servers have failed to register a runner…

runDisney touts the Walt Disney World Marathon Weekend as “26.2 miles of magic!” The runner event hosts a 5K, 10K, 13.1K (half marathon), and a full marathon over the course of several days. Registration for the 30th anniversary of this event, the 2023 Walt Disney World Marathon Weekend, presented by State Farm, started today at 10 a.m. Would-be runners were actually able to join the queue for registration early, around 9:42 a.m., with as many browsers as one could handle. But despite the prompt arrival of ten bells, the race day registration did not begin.

Disney marathon runners, around 11:30 a.m., are still unable to register for a single race, much less the Dopey Challenge, which includes running all Walt Disney World Resort 4 races during the weekend, a total of 48.6 miles. The event’s nostalgic take on colors and themes as well as its 30th anniversary is likely attracting more runners than ever, overloading Disney’s already weak registration systems.

runDisney’s Facebook page, among other social outlets, attempted to reach registering Guests to relay that IT was working on it, but didn’t have a time for the solution. The 10:30 a.m. post reads,

Attention #runDisney community: We are working on runDisney.com and appreciate your patience as we correct the issues. We will provide an update when available.

Social Media is now ablaze with jests and memes about registering for the runDisney marathon races. As of 11, the queue is still holding, with folks waiting to register for races longer than it takes most to run the 5K. An auto-scheduled post on Twitter by runDisney was sent out, already collecting throes of retorts, complaints, and more.

Get ready to lace up those (not-so high-top) sneakers & prepare for a totally rad #runDisney race weekend as we throw it back for the 2023 @WaltDisneyWorld Marathon Weekend presented by State Farm! Registration is now OPEN:

Stay tuned to Inside the Magic for more on the anniversary runDisney Marathon Weekend registration. Are you trying to sign up for these races? Leave us a comment below!