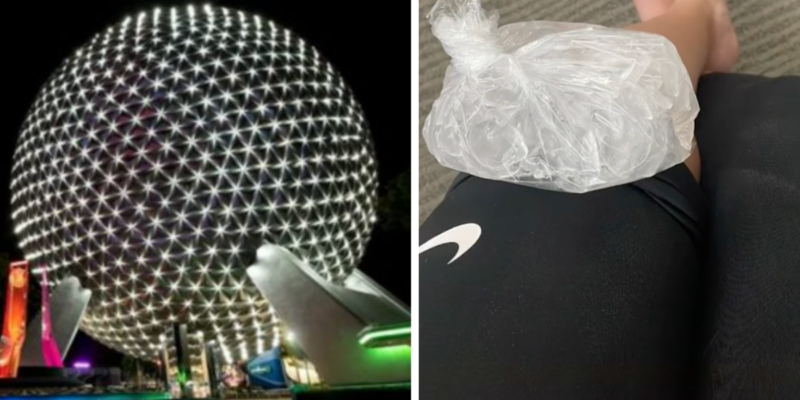 There are so many beautiful sights to take in while visiting Walt Disney World Resort.

Of course, there’s the iconic walk down Main Street, U.S.A., and the first glimpse of Cinderella Castle that always takes your breath away. There’s also the beautiful view of Disney’s Hollywood Studios that can only be seen at the very highest point of Twilight Zone Tower of Terror. And, who can forget the beautiful view of the Tree of Life as you make your way to Discovery Island at Disney’s Animal Kingdom?

One of the most magical sights for Walt Disney World Resort Guests to take in comes at EPCOT. Spaceship Earth has been a staple since the Disney Park opened and it’s absolutely stunning to look at, especially at night.

However, TikTok user @penelopesadventureclub recently shared a video where taking in the magic resulted in an injury.

Making their way to the runDisney starting line earlier this month, the user was filming Spaceship Earth lit up. Unfortunately, they didn’t see the barrier set up in the parking lot and walked straight into it. As you can see in the video, the Guest had a major bruise following the incident but said they did still run the race.

Have you ever been distracted while taking in a view at Walt Disney World Resort? Let us know in the comments!