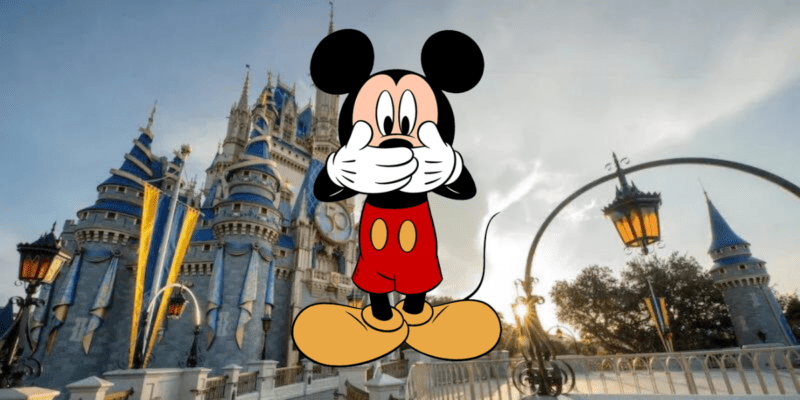 The EARidecent celebration of Walt Disney World Resort’s 50th anniversary has been filled with magical offerings in all four Parks, Magic Kingdom, Disney’s Hollywood Studios, Disney’s Animal Kingdom, and EPCOT, for Guests to experience. These offerings go from food and merchandise to 50 golden statues of beloved Disney characters and even new celebration outfits for Mickey and Minnie Mouse, Donald and Daisy Duck, Goofy and Pluto, and even Chip And Dale.

As Walt Disney World is calling it, the World’s Most Magical Celebration appears to have everything to make it memorable for every Guest who visits during this year of celebration. However, one TikTok user noted one particular detail lacking in this celebration.

Kait (@kaitkillebrew) posted a video on TikTok talking about “The Happiest Balloon on Earth”, a Mickey Mouse-shaped hot air balloon that first took flight on March 23, 2006. The balloon was specially created for an 11-week-long tour across America as part of another massive celebration, Disneyland’s 50th anniversary.

This iconic balloon made stops in The Grand Canyon, Seattle, San Francisco, and, of course, Disneyland, showcasing a pair of limited-time golden ears for The Happiest Homecoming on Earth, Disneyland’s name for their 50th-anniversary celebration. Kait tells her viewers seeing the opportunity to make this magical balloon fly again makes you wonder why it was not made a part of Disney World’s celebration.

The Disney Parks Blog revisited the story of this balloon in 2012, as The Happiest Balloon on Earth participated in the 11th Annual International Balloon Festival in León, Guanajuato, Mexico, along with at least 200 other balloons from around the world. By that time, Mickey had received a magical makeover that removed his golden celebration ears but kept the character’s charm and smile. During that festival, Mickey Mouse flew for a record-breaking crowd of over 350,000 spectators– and that’s not counting the tens of thousands that watched from outside the Festival grounds over the four days.

Would you like to see this balloon take to the skies once again? Let us know in the comments below!