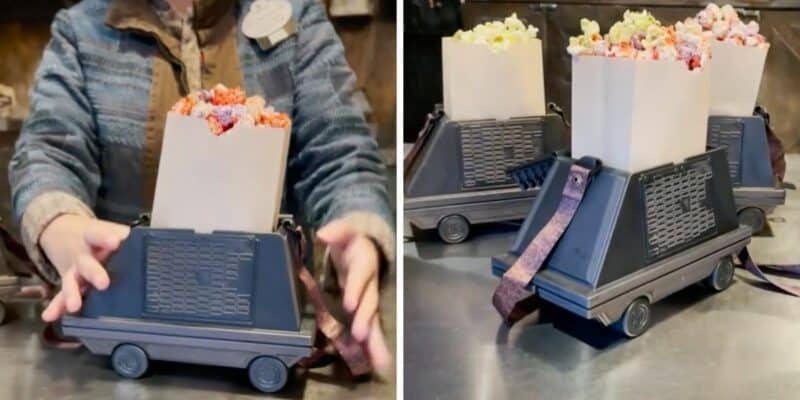 When Guests visit Walt Disney World Resort, there is a ton of options when it comes to rides, shopping, and dining. Spending your money at the Most Magical Place on Earth is a very easy task, especially when there is something secret on the menu.

Oftentimes, Disney heavily promotes all of their food and merchandise so that all Guests know what they can look for when they arrive on vacation. Because people visit Disney from all over the world, and they plan these trips for months, the research on where to eat and what to buy is often extensive, and Disney happily provides fans with that information via social media and on their Disney Park Blog.

In Disney’s Hollywood Studios, aside from Toy Story Land, the most recent addition has been Star Wars: Galaxy’s Edge. After recreating iconic aspects like the Millennium Falcon and X-Wing, and bringing characters like Rey, Kylo Ren, Vi Moradi, Chewbacca, Storm Troopers, and more to life, Star Wars fans were affirmed that Disney knew how to bring the immensely popular George Lucas-built franchise to life. There are a lot of options when it comes to purchasing things in Galaxy’s Edge, such as blue and green milk, ronto wraps, lightsabers, droids, and more. But, did you know that there is a secret menu item that you need a password to purchase?

It is almost like Disney has created their own little speakeasy in Batuu, and with a secret phrase, you will be able to make a special purchase. So, in order to make the purchase, you first need to head to Kat Saka’s Kettle. Once you have arrived, you will have the chance to purchase a special popcorn bucket themed to an MSE-6 “Mouse” Droid, filled with flavored popcorn. All you have to do is say “Have you seen a mouse?” to the Cast Member taking your order.

Disney Parks (@disneyparks) posted a TikTok on how to achieve this secret purchase below.

Although the secret phrase does not make the popcorn or the bucket free, it does add a fun element to your day and can be something really fun to do with little ones, playing up the idea that there is a secret phrase they must say to get their snack. We have also seen Disney fans show their obsession with popcorn buckets, most recently with the illustrious Figment popcorn bucket, so having this option be a little less “out there” is a refreshing sight and surely helps to keep lines at bay.

Did you know that there was a secret phrase to get popcorn at Disney World?