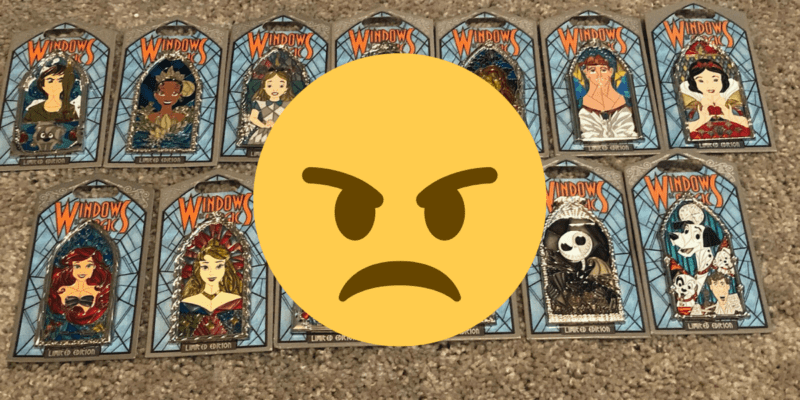 When Guests visit Walt Disney World Resort in Orlando or Disneyland Resort in Anaheim, they are offered a massive variety of souvenirs to take home, from keychains and ears to plush toys and, of course, pins.

Pins are a highly popular collectible item in the parks, whether for Guests on their first visit finding pins themed with their favorite movies or for more seasoned collectors, who focus on more specialized pins to add to their collection or who search limited releases and special editions. With them, Guests can engage in Pin Trading, which consists of trading official Disney pins at stores, with Cast Members, or even with other Guests.

Though these collections sound amazing, Andre Oscar Gutierre (@thehumbleoscar) had something to say about them. He shared his experience collecting the series, saying he knew since early releases that he waned them all and even went and got a frame that fit all 24 pins perfectly.

However, his joy didn’t last long, as he complains that in late 2019, when the last pin was supposed to be released, Disney also released an Evil Queen and a Snow White pin out of nowhere, meaning each of the Windows of Evil and Windows of Magic collections now had an extra pin. He states, “now nothing fits and I’m so pissed off”.

You can watch his video down below:

This isn’t the first time complaints have come up regarding Disney pins, as Pin Trading isn’t always a magical experience for all Guests.

What do you think of these collections? Do you engage in pin trading when you visit the parks? Let us know in the comments below!

Comments Off on Guest Outraged Over Disney’s Inconsistent Merchandise