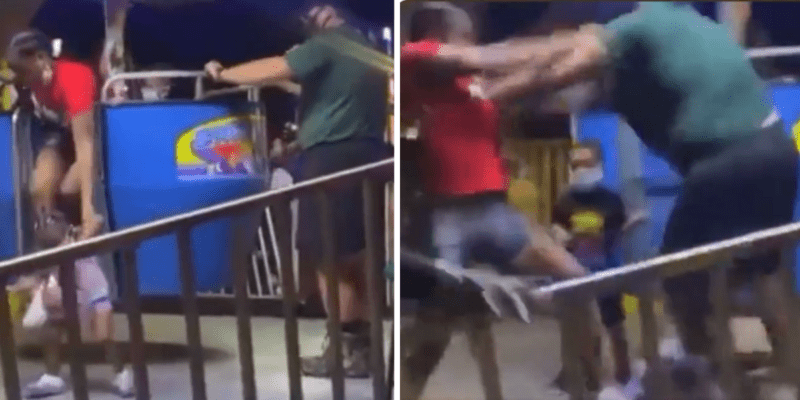 A trip to a theme park can be an epic experience that leaves lasting memories for the entire family.

Whether you’re visiting Walt Disney World Resort, Disneyland Resort, Universal Orlando Resort, Universal Studios Hollywood, SeaWorld, Busch Gardens, Cedar Fair, or anything else in between, there are fun attractions that are meant to provide experiences for your family that simply can’t be encountered anywhere else.

However, that doesn’t mean that every trip to a theme park goes exactly as planned.

This past January, an intense brawl broke out at Main Street, U.S.A. at Magic Kingdom right in the middle of heavy Disney Park crowds waiting for Disney Enchantment to take place. At SeaWorld Orlando, a family recently filed a lawsuit against the theme park after alleging they were assaulted by a group of teenage Guests and that the theme park failed to protect them.

Theme parks aren’t any strangers to fights occurring and it seems this latest one involved many different people.

Twitter account Fight Plug (@XfightVidsX) recently posted a video of a trip to a theme park with a mother and her two kids that ended in disaster.

Staff member gets beat by the entire theme park for pushing mother with her two kids pic.twitter.com/J7uqNZSRTw

As you can see in the video, the mother and ride attendant get into a verbal altercation before a shove takes place. From there, chaos ensues.

It’s unknown if anyone was seriously injured in the video above or what theme park this occurred at.

Please know that fights such as this are not permitted to take place at Walt Disney World or any other theme park property. Actions such as this can leave others injured, and result in the Guests involved being removed from the Park, or taken by the authorities, depending on the severity of the situation.