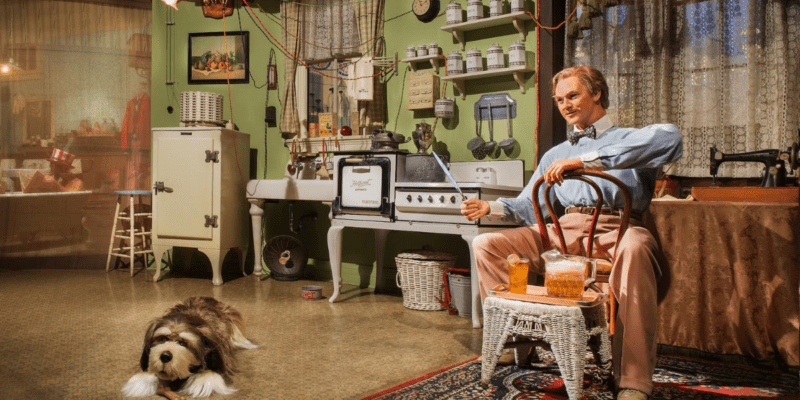 Walt Disney’s Carousel of Progress brings Guests into the rotating theater as they follow an American family over four generations of progress and watch technology transform their lives.

But years after the ride opened to Guests, some are noticing a major mistake within the storyline.

Related: Can You Solve This Mystery on Carousel of Progress?

Related: Facts and Secrets About Walt Disney’s Carousel of Progress

Have you ever noticed this mistake in Carousel of Progress? #disney #disneyworld #disneylife #disneyside #disneyland #carouselofprogress #disneyplus

However, other fans are pointing out that the contents within the food mixer might not be paint, but instead it is wallpaper glue, which would make sense.

What do you think? Is Sarah’s food mixer filled with paint or wallpaper glue? Let us know in the comments below.