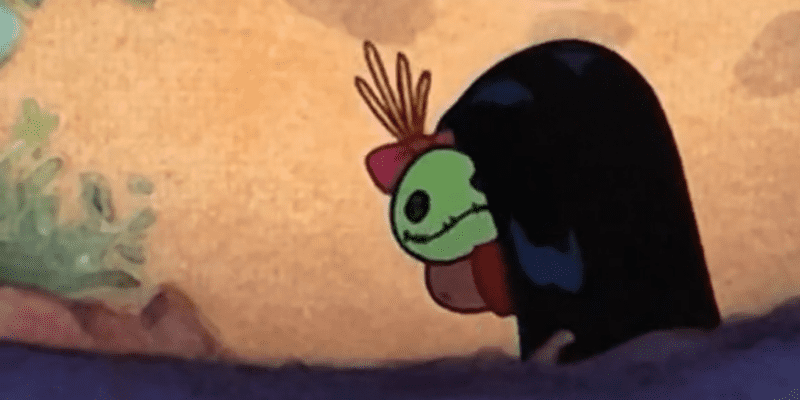 The Walt Disney Company has produced and released several animated classics, live-action films, and other movies perfect for all ages. However, with so many Disney movies, it can be hard to keep track of every little detail in them, especially since  Walt Disney Animation Studios has been known to hide Easter eggs and other secrets in their movies.

Related: The 24 Most Underrated Disney Movies of All Time

While some of these Easter eggs are relatively popular, like the one pictured above with Phil from Hercules (1997) and Scar from The Lion King (1994), others are slightly more obscure and quickly spark interest amongst fans, who often create theories trying to explain how different characters or stories relate to each other, between other assumptions. An excellent example of these last ones involves a popular fan-favorite movie.

Lilo & Stitch (2002) is easily one of the most loved and popular Disney movies, with Stitch still being an icon around Disney Parks and amongst fans. As a matter of fact, the movie quickly became a franchise, originating a couple of direct-to-video sequels, Stitch! The Movie (2003), Lilo & Stitch 2: Stitch Has a Glitch (2005), and the television film Leroy & Stitch (2006), as well as the animated series Lilo & Stitch: The Series (2003-2006).

However, this movie has a couple of obscure details, including notable changes The Walt Disney Company decided to make after the 9/11 terrorist attacks in 2001. You can find the scene comparison here if you haven’t seen it yet.

Over the past few days, Chris Sanders (@chrissandersart), director of Lilo & Stitch, reignited interest in this movie by sharing the first of a possible series of videos on TikTok titled “Things in Lilo & Stitch you may not have noticed.” This first video answers the question “Is Scrump alive?”

For those who don’t remember, Scrump is Lilo’s doll and, apparently, her only friend before Stitch came along. She has a rather rudimentary look, implying Lilo made the doll herself, and is quite similar to a voodoo doll, which makes this theory work so well.

In a TikTok, Sanders says “evidence inside the movie suggests she might be” referring to Lilo’s doll being alive. He then mentions a specific scene in the movie, in which Lilo comes back to pick Scrump up after throwing her on the ground. As both of them start walking down the hill in the scene, Scrump can be seen smiling and turning her head to look into the camera – all by herself. Sanders states in his video, “And before you ask, yes, Animation did this on purpose.”

Check out the full video below!

Comments on his video made Sanders specify how the film predated the tv show and that they did not have the intention of creating a series at the time of the release. This clarified that Scrump the doll did, in fact, move by itself, not because it was being controlled by Experiment 375 AKA Phantasmo, another experiment that would appear later in the animated series, as fans suggested.

Having this detail be confirmed by the director of the original movie sure is interesting, and we can’t wait for the next video on this series.

The synopsis of Lilo and Stitch reads:

Had you noticed this detail in the movie? Let us know in the comments! Also, make sure to drop any Easter eggs you find interesting! We’d love to hear them.