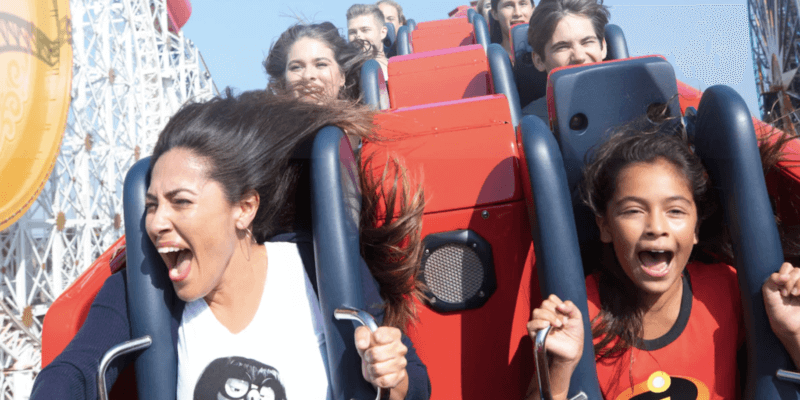 Guests who visit the Disney Parks are treated to immersive magical experiences that simply can’t be imitated anywhere else.

While Disneyland Park is home to many iconic attractions like Pirates of the Caribbean, “it’s a small world”, Jungle Cruise, and The Haunted Mansion, Disney California Adventure is home to many thrilling attractions, such as attractions that can be experienced in the brand new Avengers Campus.

One of the most popular attractions located in Disney California Adventure is The Incredicoaster.

TikTok user @LeahCoveyy recently posted a video from the Incredicoaster in which we see a Guest pull a prank on the Guest in front of them.

As you can see in the video, the Guest located in the row behind them is holding the safety restraint up so that it can’t be pulled down. Of course, Disney Cast Members made sure the restraint was correctly placed and where it needed to be before the coaster was started.

Disney California Adventure, located just next door to Disneyland Park, is home to the all-new Avengers Campus. The Disney Park home to many thrilling attractions including The Incredicoaster, WEB SLINGERS: A Spider-Man Adventure, Guardians of the Galaxy: MISSION BREAKOUT, Radiator Spring Racers, The Little Mermaid: Ariel’s Undersea Adventure, and much more!

What do you think of this prank at Disneyland Resort? Let us know in the comments below!