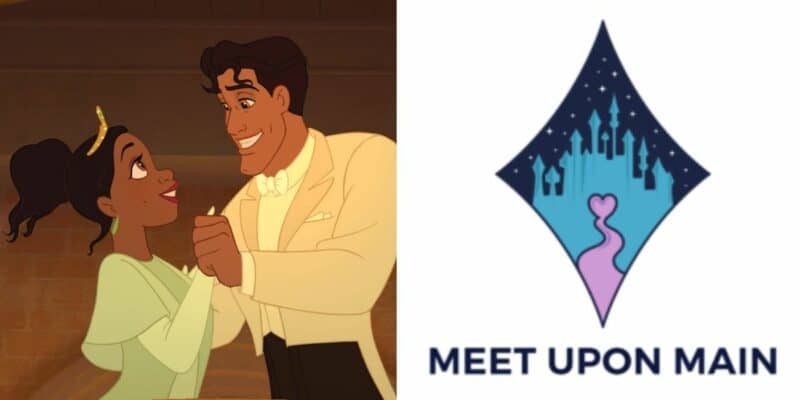 Ready to Park hop? The newest game in town is MeetUponMain.com, a new Disney dating site that not only can help you find your magical match, but also welcomes those just looking for a buddy to hang out with! The new dating service looks to fill a gap in the common interest field of Disney World, Disney Parks worldwide, Star Wars, the Marvel Cinematic Universe, and more!

Welcome to Main Street, U.S.A. This is where Disney fans from all over the United States (and soon Canada and the UK) can meet up, match, and celebrate their common interests. The private online dating service welcomes anyone that wants to join. Those looking for a longtime relationship, a casual date, or a Disney friendship. Looking for a travel companion or someone to meet up with and take on Test Track? Meet Upon Main is the place to be!

Now in beta testing, the Disney dating site is “committed to creating a network for Disney Fans to make magical connections.” Creator Robby Scharfeld’s website describes itself for those looking to join: “Whether you are looking for love, friends, or another family to visit parks with, or even looking to book the most magical vacation ever. We are just Disney lovers who, as adults, always found excitement in seeking and finding other Disney Fans. We are so excited to share in the magic with you!”

Medical Administrative Professional Robby Scharfeld grew up in sunny Southern California and was lucky enough to frequent Disneyland Resort in the early 1990s. Continuing his love for the Disney Parks, Scharfeld Park hopped and grew his Disney fandom, up until he settled back in Ohio where he was born and currently resides. With a degree in graphic design, Scharfeld built a clothing business throughout college and grew that business to an international sales level. In the following years, as his daughter was born, the business was pushed to the side, making room for other entertainment ventures. Utilizing his degree, Robby built an iPhone app called Geriatric Giraffe, a simplistic, funny, side-scrolling game where the player helps “GG” escape from a nursing home.

But it was a fateful lunch in November 2020 with a friend that really changed the course of his work completely. Scharfeld’s friend was single and voiced her concern about finding a partner with common interests. The traditional internet dating sites weren’t enough, and Disney Parks-loving adults didn’t appear to be plentiful anywhere on traditional forums. Scharfeld had the idea to create a Disney dating site, where people could share this large common interest, and then find smaller commonalities as their relationships developed.

Browsing online for initial research, Robby Scharfeld didn’t find much catching his eye. No websites jumped out as truly helpful, save Facebook… a January 2021 post in a private group pleaded for someone to create a Disney dating site… and with over 300 comments in over 2 hours, Robby knew he had found something. Posts in this group and many others dated back to 2015 with the same request; for someone to create a portal helping singles find Disney mates. With necessity being the true mother of invention, Robby decided to create Meet Upon Main with the help of friends and a professional developing company.

The name “Meet Upon Main” was the perfect choice for the Disney dating site because of the imagery. Anytime Disney Guests are in Magic Kingdom, you may hear the phrase “let’s meet back on Main Street, U.S.A.” This location has always been great for friends and family to reunite after splitting up to conquer the Park. According to Scharfeld, Meet Upon Main is just that, people connecting with one another over their love of magic.

The site, which was built within a year, will eventually become a one-stop shop for all things Disney. Meet Upon Main welcomes every fandom under the Disney umbrella, including Marvel, Star Wars, Disney Cruise Line, Disney travel enthusiasts, single Disney fans, and Disney Vacation Club owners. The social networking Disney dating site allows for private conversation and more discreet activity than on Facebook (where over 405,000 of your closest friends are in a fan group!) Those with the same intense passion for Disney can look for a date, a mate, a long-term relationship, or simply a Disney Devotee to chat movies or visit a theme park together. More fan content is coming as the site continues to evolve!

Looking to become a member of this new Disney dating site? While the beta testing membership has a free option, a 6-month membership is available with complete access for $119.94. Just looking for a single month? That’s available for $24.99. To actually respond to messages, you’ll need to pick up a paid plan, but know that Meet Upon Main donates a portion of every membership fee to chronic or terminally ill children’s foundations to give those children and their families an opportunity to enjoy the theme parks as well.

When you create your profile, you’ll be able to answer psychology-based questions to help you display your preferences, personality, and more! The questions that make up the fun personality quiz are, of course, Disney-based. Which infinity stone would you like to own? Are you more of a Marie (cat) or Dug (dog) person? If you could take a trip, what would you use to fly? Which type of park pal speaks most to you? What’s your favorite Disney song?

Robby asked friends, psychologists, and others about what questions should be asked on a first date. That resulted in the fun profile quiz that will help you get to know others. It might remind Disney fans of a certain age of the quizzes once held on MySpace.

While the website is currently beta testing, it’s ready to welcome users of all kinds, with a complimentary membership including premium features, (such as messaging) until testing is concluded. After that, founding users will get another 30 days of complimentary service. Robby tells Inside the Magic that the site is becoming more developed every day, and they are close to fully going live! Meet Upon Main is not affiliated with the Disney company whatsoever.

Will you be logging onto Meet Upon Main? Leave us a comment below!