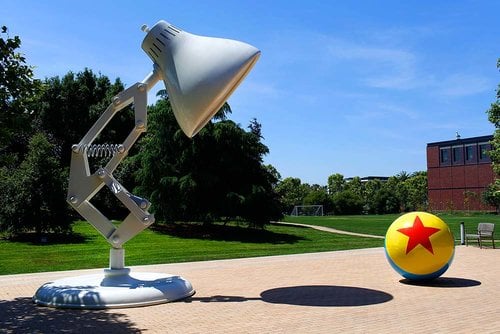 If you love Disney Pixar, you might want to get to the Disney Parks soon to partake in some exciting new experiences.

Disney Parks Blog announced that, as a celebration of Disney Pixar’s newest film Turning Red (2022) set to debut on Disney+ this Friday, both Walt Disney World Resort and Disneyland Resort would have some unique offerings for Guests visiting the Disney Parks.

Here’s a look at those Disney Pixar offerings that Disney describes as “larger-than-life”:

Guests can get an early glimpse of scenes from “Turning Red” in a sneak peek, now playing at Walt Disney World Resort in Florida. At Disney’s Hollywood Studios, the sneak peek is presented as part of the Walt Disney Presents attraction and offers you a chance to see never-before-seen clips from the film before its release.

And for all of you red panda and boy-band-loving guests visiting the Disneyland Resort in Anaheim, make sure to check out a brand-new photo-op now available near Silly Symphony Swings at Disney California Adventure park themed to “Turning Red.”

Disney and Pixar’s “Turning Red” introduces Mei Lee, a confident, dorky 13-year-old torn between staying her mother’s dutiful daughter and the chaos of adolescence. Her protective, if not slightly overbearing mother, Ming, is never far from her daughter – an unfortunate reality for a teenager. And as if changes to her interests, relationships and body weren’t enough, whenever she gets too excited (which is practically ALWAYS), she “poofs” into a giant red panda! Talk about panda-monium!

Per our previous reporting, the movie was billed by Disney as the first “normal” wide-releasing theatrical film. It was hoped to be a more normal movie-making time, yet the pandemic issues have plagued the entertainment and hospitality industries. As a result, Disney announced that Turning Red would not be going to theaters and will debut exclusively on Disney+ on Friday, March 11. This will make three Pixar films in a row that will not have been released with a theatrical run.

What do you think of these new offerings at Walt Disney World Resort and Disneyland Resort? Let us know in the comments!

Let the expert team at Academy Travel help you plan your next magical vacation to Disney World’s water parks, four theme parks — Magic Kingdom, EPCOT, Disney’s Animal Kingdom, and Disney’s Hollywood Studios — and the Disney Springs shopping and dining district! Or, how about a trip to Disneyland Resort to experience Disneyland Park and Disney California Adventure, as well as the Downtown Disney shopping and dining district?