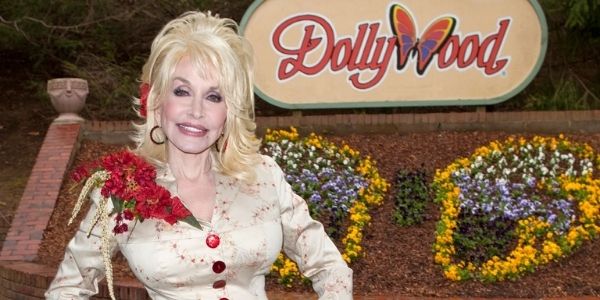 Recently, we have seen a lot of chatter among Dollywood fans, praising Dolly Parton, the theme park’s owner and notable star for providing free tuition to the Park’s employees. Before the Park opened in 2022, Tennessee’s Dollywood announced it would provide free tuition to all workers. It was stated by Tim Berry, Dollywood’s vice president of human resources, that the new offering would go out to current employees, as well as new ones looking for a job to help attract more people to apply for a position as the Park continues to rebound from COVID and the ongoing pandemic effects.

Another company that may come to mind when discussing education benefits is Disney, as the Disney Parks do something similar for their Cast Members. This new initiative set out by Dollywood is actually something that is closely linked to Disney as they are both under Guild Education as the benefit provider. Shockingly, Dollywood’s benefit is actually a few steps above what Disney is able to provide.

As reported by the Orlando Sentinel, “all workers, whether seasonal, part- or full-time, are eligible for the benefit from their first day of work, and its program also covers books and fees. Disney Aspire is available to part- and full-time workers after 90 days of employment and reimburses books and fees.” Although there is a slight difference between the offering from Disney and Dollywood, they are more similar than opposite. Disney’s previous CEO Bob Iger, who recently stepped away from the company lending the role to new CEO Bob Chapek, even commented with praise when seeing this new change. Iger said, “This is a great move on DollyParton’s part! Disney did this a few years ago and it was one of the best things we ever did. Better education=better opportunity,” which is a statement we dove into previously. Take a read on that conversation here.

The interesting thing with this move towards providing theme park employees with better living wages and educations benefits, we are starting to see other Parks being looked at providing the same. With Orlando being such a hot spot for tourism, employing thousands to work at the various theme parks, potential hires have a few spots to choose from.

SeaWorld Orlando, Universal Orlando Resort, and Walt Disney World Resort are the three major competitors applicants have to choose from, and theoretically, some may choose to apply for the company with the most benefits for them. SeaWorld has the lowest starting wage at $13.00 per hour, whereas Universal and Disney provide a $15.00 an hour minimum. But, Universal does not provide any tuition benefits for their Team Members, which could sway future applicants towards Disney. Now that Disney is not the only major theme park providing tuition benefits, and a major country star such as Dolly Parton is also endorsing the means of theme parks giving back to their employees through education offerings, some may start to wonder why a company as large as Universal, with Parks all over the world and as part of the larger NBC branding, cannot offer the same.

On top of that, it should be noted that in addition to the Dollywood park in Pigeon Forge, Tennessee, the GROW U program also applies to attractions such as Pink Adventure Tours in Tennessee, Arizona, and Nevada; Silver Dollar City in Missouri; and Adventure Aquarium in New Jersey.

As noted by the Orlando Sentinel, the “Bureau of Labor Statistics data released Feb. 4 show employment in the leisure and hospitality industry is down by 1.8 million people from February 2020, a 10% decrease from just before the pandemic took hold in the U.S.”  Scott Smith, an associate professor at the University of South Carolina’s College of Hospitality, Retail and Sport Management commented, “They need a lot of bodies to keep the parks open, and so they’re coming up with creative ways to incent people,” he said. “I applaud [Dollywood], and I think more companies should do it. I think in general it’s not about the money always — it’s about quality of life.”

Disney has taken major strides to ensure that their Cast Members are always well taken care of. During the pandemic, the company even offered to pay for their time while they got vaccinated, so that they did not feel they would be burdened financially by it.

Do you think that Universal should be providing an education grant for their Team Members in school or looking to go to school?