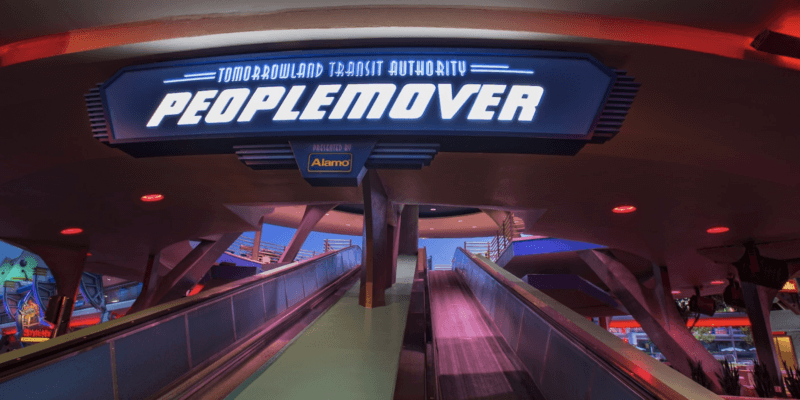 If you are a regular Guest at Walt Disney World Resort, there’s a decent chance you’ve come to appreciate an extremely underrated attraction.

While many Guests skip the attraction altogether, if you’ve ever taken a ride on the PeopleMover, you know just how vital the attraction can be to your vacation.

A 10-minute trip in comfortable train seats high above Tomorrowland, the PeopleMover is a perfect opportunity to gain some much-needed rest and relaxation amidst a long day in the Disney Park.

It offers scenic views of Magic Kingdom, a look inside Space Mountain and Buzz Lightyear’s Astroblasters, and is complete with a perfect story of futuristic dreams of a better society from the mind of Walt Disney himself.

However, it seems a change might be coming to the iconic attraction.

Marissa (@MarrisaTheMoth) recently shared a memo that Walt Disney World Resort is currently looking for voiceover actors for the part of ‘ORAC.’

ORAC, for those who are not familiar, was the name of the PeopleMover announcer from 1985 through 1994 and it seems Disney might be returning to those roots when it updates the storyline and voiceovers in the future.

Nothing has been confirmed by Disney currently, but this memo would point to major changes taking place on the Tomorrowland Transit Authority PeopleMover at some point in the future.

Board an elevated tram for a leisurely voyage through Tomorrowland. During your narrated tour, go behind the scenes of attractions like Buzz Lightyear’s Space Ranger Spin, Space Mountain and Star Traders retail shop. See architectural models of Progress City, the prototype for EPCOT. You’ll enjoy amazing up-close views of the park from a unique vantage point.

What do you think of this possible change to the PeopleMover? Let us know in the comments.

At Magic Kingdom there is so much to see and do! Cinderella Castle is decked out for the 50th anniversary and soon Festival of Fantasy and Mickey’s Royal Friendship Faire will return. You can ride the three big mountains: Space Mountain, Splash Mountain, and Big Thunder Mountain, or calm things down on Haunted Mansion or Peter Pan’s Flight. Rope drop the Park to get on Seven Dwarfs Mine Train and then enjoy a mid-day snack with some Dole Whip. Be sure to meet Mickey Mouse and enjoy the firework show, Disney Enchantment!