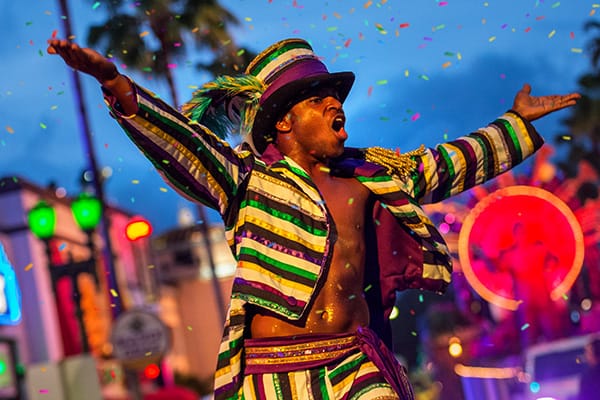 If you do, we’ve got good news for you!

If you are a Universal Orlando Pass Holder, you can sign yourself and up to four (4) Passholders to ride a parade float, throw a ton of beads, and be in the center of the action.

There are a few guidelines and block-out dates to keep in mind, however, according to Universal Orlando Resort.

Know Before You Go:

The concert lineup for the event is absolutely loaded with many prominent bands set to take the stage at Universal Studios Florida in February and March.

Guests who visit Universal Studios Florida and Universal’s Islands of Adventure are also treated to a plethora of thrilling attractions including Harry Potter and the Forbidden Journey,  The Amazing Adventures of Spider-Man, Jurassic World Velocicoaster, Skull Island: Reign of Kong, MEN IN BLACK: Alien Attack, The Simpson’s Ride, E.T. Adventure Ride, Despicable Me: Minion Mayhem, Harry Potter and the Escape from Gringotts, Race Through New York Starring Jimmy Fallon, Hollywood Rip It, Ride It, Rock It, The Incredible Hulk Coaster, and many more.

Are you excited for Mardi Gras at Universal Studios Florida to be returning?