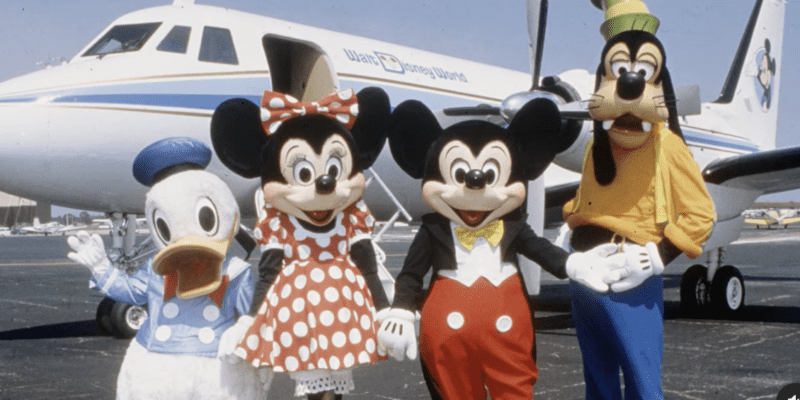 D23 will be taking place in Anaheim, California, at the Anaheim Convention Center near Disneyland Resort. The event will last three days on September 9, 10, and 11. Tickets for the event officially will go on sale on January 20; however, D23 Gold Members who are Visa users will be able to make their purchase starting January 19. Check out the line-up here.

D23 has now announced that Walt Disney’s abandoned plane, will be restored and available for Guest viewing at the event! It seems that Walt Disney’s personal airplane, the Grumman G-159 Gulfstream 1, which Walt used to travel between Burbank and Orlando, is looking rather unattended to as well. Walt’s airplane currently sits in a service area north of Disney’s Animal Kingdom. The plane had remained covered for preservation, and D23 is getting ready to unveil it.

DisneyD23 (@disneyd23) took to Instagram to announce the return of the iconic plane.

JUST ANNOUNCED: We are thrilled to share that, working with Amazon, we are bringing Walt Disney’s plane to #D23Expo, where it will be restored and on display for guests to see at an exhibit called Mickey Mouse One: Walt’s Plane presented by @Amazon.

We can see that the plane is being washed up for the big event, which is incredibly exciting. This plane has been left alone for years, but holds such an important space in the history of Disneyland, Disney World, and Walt Disney himself. Bringing this historical piece back to life at an event for the fans will surely be an epic moment.

D23 is described as:

Join us as fans see the latest from Disney, Pixar, Star Wars, and Marvel including a first look at the incredible plans for the 100th anniversary of The Walt Disney Company.

D23 Expo, the largest Disney fan event in the world, celebrates all the wonderful worlds of The Walt Disney Company under one roof, including the best of Disney, Pixar, Star Wars, and Marvel across film, television, streaming, theme parks, products, online, music, live entertainment, and more. D23 Expo 2022 marks the seventh Expo held in Anaheim.

Panels & Presentations
Get an exclusive, insider look at what’s new and what’s next from Disney, Pixar, Star Wars, and Marvel. Join Disney’s brightest stars, artists, animators, musicans, entertainers, and executives as they celebrate the past, present, and future of Disney — you never know who may stop by!

Cosplay
D23 Expo is the world’s largest gathering of Disney fans, and it’s the perfect opportunity to connect with others who share your passion for all things Disney! Show off your clever, creative, and crazy costumes at D23 Expo’s Mousequerade costume contest, or meet and take pictures with other fans across the Expo!

Disney Legends
Join us as we introduce the newest inductees into the prestigious circle of Disney Legends. We welcome you to this historic celebration as we honor these extraordinary men and women who have made a significant impact on the Disney legacy.

Shopping
Take the magic home with D23 Expo exclusives and first-look merchandise from retailers and brands across The Walt Disney Company. You’ll also enjoy Disney Partner Retailers spread out all across the show floor with amazing Disney products and exclusives!

Pricing for the event varies.

Will you be attending D23? Let us know in the comments below!