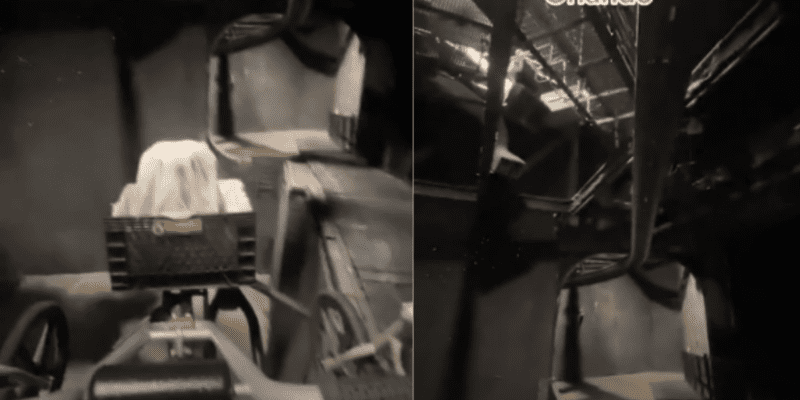 E.T. might not have made it back to the Green Planet, at least with one group of Guests at Universal Orlando Resort.

E.T. Adventure Ride is one of the lone original attractions still standing in Universal Studios Florida and despite its age, it is still a ride that receives plenty of acclaim from both young and old alike.

However, with any theme park, malfunctions are bound to happen.

TikTok user @universalorlandofan recently posted a video aboard E.T. Adventure Ride at Universal Studios Florida in which they may not have officially made it to the Green Planet.

The Guests were stuck as the ride came to a pause and the lights were turned on, which is a rare sight. You can see in the video that there is actually a catwalk above the ride that Team Members can use if needed. Of course, Universal Team Members safely assisted Guests and got them back to the unloading station.

Last month, Universal Orlando Resort announced the return of one of the best portions of the E.T. Universal Studios attraction. Due to the COVID-19 pandemic, Universal had done away with the preshow and the distribution of Interplanetary Passports. These passports, which have your name, are synched with the attraction and allow E.T. to tell each person goodbye as the ride comes to a close.

E.T. was previously just saying ‘Goodbye, friends,’ but now, with the return of these passes, he’ll say your name if you ride the attraction, which is an awesome feature.

E.T. is one of just a few remaining Universal Picture originals in the Parks with Back to the Future (1985) and Jaws (1975) gone. Jurassic Park (1993) and Jurassic World (2015) are represented next door in Universal’s Islands of Adventure.

Guests at Universal Studios Florida can also enjoy many more attractions, including The Wizarding World of Harry Potter, The Simpsons Ride, Despicable Me: Minion Mayhem, Men In Black: Alien Attack, Ripe It, Ride It, Rock It!, as well as many more.

Have you ever experienced a malfunction on the E.T. Adventure Ride?