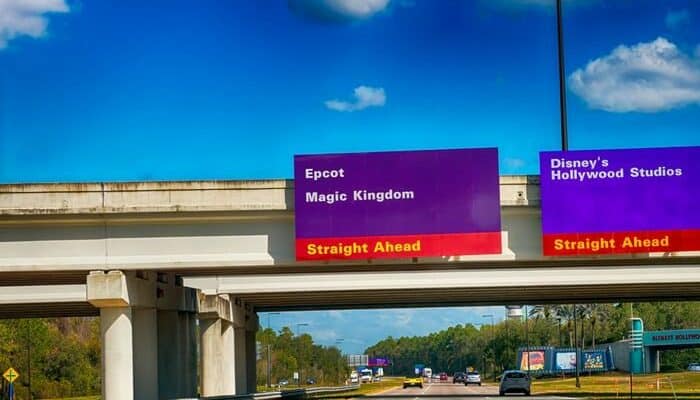 It’s not really a complete day until Universal Orlando Resort throws some shade the way of its competitor, Walt Disney World.

Those who follow the two Resorts understand that there is a healthy competition and rivalry that has formed, especially since the era of social media has been ushered in.

Seemingly at least once a day, sometimes even more, we see a quick-witted Tweet from Universal Orlando Resort taking a shot at Disney.

As Disney World is currently in the midst of changing its iconic purple signs seen on the highways around its Resort in the place of new blue ones, Universal Orlando Resort couldn’t refrain from comments.

Universal Orlando posted a reply to a Tweet in which user @ExpThemePark shared a photo of Universal’s blue signs leading to its theme parks and Resorts and said “the best blue theme park signs.”

The other guys blue it.

The other guys blue it. 🤷

Of course, as noted above, Universal Orlando already has blue signs at its Resort. Disney is making the change to its signs to add the Star Wars: Galactic Starcruiser, its newest luxury hotel, and many fans are upset about the color scheme that has been chosen.

LIVE YOUR OWN STAR WARS STORY

Disney Genie+ and Lightning Lane services are available at Star Wars: Galaxy’s Edge at Disney’s Hollywood Studios and all the Disney Parks.

What do you think of the new signs changed to include the Star Wars: Galactic Starcruiser? Let us know in the comments below!

Let the expert team at Academy Travel help you plan your next magical vacation to Disney World’s water parks, four theme parks — Magic Kingdom, EPCOT, Disney’s Animal Kingdom, and Disney’s Hollywood Studios — and the Disney Springs shopping and dining district! Or, how about a trip to Disneyland Resort to visit Disneyland Park and Disney California Adventure?