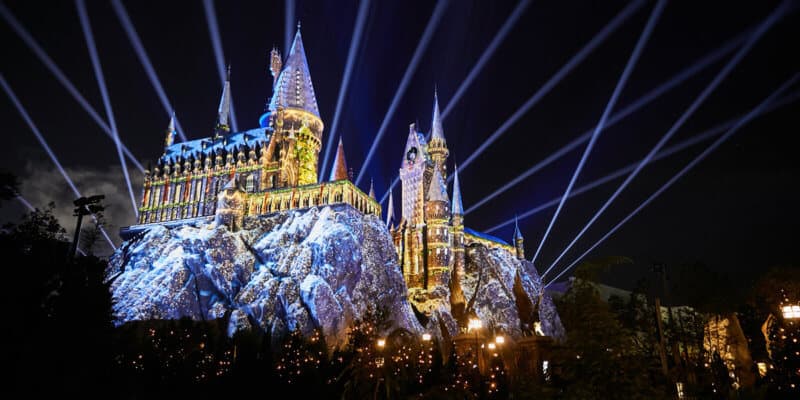 A journey into the Forbidden Forest with Hagrid might take a little longer than many Universal Orlando Resort Guests had hoped.

The popular attraction, which is located in The Wizarding World of Harry Potter in Hogsmeade at Universal’s Islands of Adventure, is a uniquely-themed coaster ride that has taken a life of its own.

Unfortunately, if you’re staying onsite at a Universal Orlando Resort Hotel, you don’t have any other option than to wait in the regular line queue if you want to experience the attraction.

We previously reported that from January 3 until February 28, Hagrid’s Magical Creatures Motorbike Adventure would not be available for Resort Guests to experience during Early Park Admission. Harry Potter and the Forbidden Journey, Flight of the Hippogriff, Jurassic World Velocicoaster, and Olivanders are the only four attractions at Universal’s Islands of Adventure offered during Early Park Admission during those dates.

The attraction does not have a Universal Express line and that means anyone who rides it must wait through the regular line during normal Park hours, at least for the time being.

The wait time has always been long for the attraction, but with Resort Guests not being able to get a head start, it seems the line queue may be skyrocketing. Throughout the day, the line queue has registered wait times in the triple-digits and this may prove to be a theme moving forward, even during a time of the year that is traditionally not considered “busy.”

In addition to the Wizarding World of Harry Potter, Universal Orlando Guests at Universal’s Islands of Adventure can experience many more thrilling and exciting attractions including The Incredible Hulk Rollercoaster, The Amazing Adventures of Spider-Man, Doctor Doom’s Fear Fall, Skull Island: Reign of Kong, Jurassic Park River Adventure, Jurassic World Velocicoaster, Popeye & Bluto’s Bilge-Rat Barges, Dudley Dudley Do-Right’s Ripsaw Falls, and The High in the Sky Seuss Trolley Train Ride!, The Cat in the Hat, and many others.

Universal Studios Florida, which is right next door, also has its own Wizarding World where Guests can experience Harry Potter and the Escape from Gringotts.

What is your favorite attraction at Universal’s Islands of Adventure or Universal Studios Florida? Let us know in the comments.