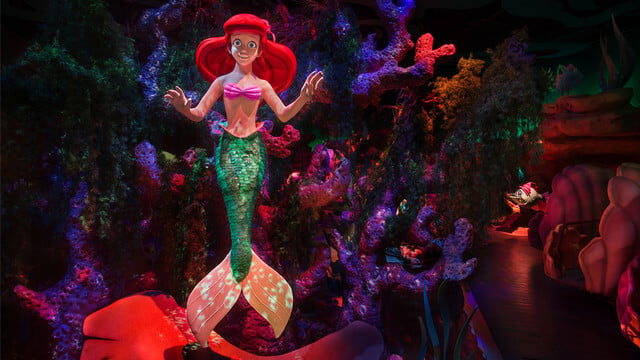 Disneyland Resort is home to some of the most thrilling attractions and experiences in the entire world.

From iconic rides like Pirates of the Caribbean, Haunted Mansion, “it’s a small world,” Jungle Cruise, Indiana Jones Adventure, Splash Moutain, and Space Mountain to new experiences like Star Wars: Rise of the Resistance, WEB SLINGERS: A Spider-Man Adventure, and everything in between, there is something for everyone at Disneyland Park and Disney California Adventure.

That being said, attractions constantly have to undergo maintenance and that can mean unexpected twists in your plans. If you want Princess Ariel and her friends from the movie The Little Mermaid (1989) to be a part of your world, you need to get to Disneyland Resort fast.

Luckily, the attraction will only be closed for a short amount of time. It is set to reopen the following Friday, January 14, but for Guests who were planning to visit during this week, it is definitely something to be aware of.

Step into your waiting clam-mobile and float away into magical moments and unforgettable music from The Little Mermaid.

Wave hello to all the stars from the film—but beware of wicked witch Ursula—a towering tentacled figure 12 feet wide!

Luckily, many more attractions at both Disney California Adventure and Disneyland Park are still open and ready for you to enjoy.

Will you be making a trip to ride The Little Mermaid before it closes?