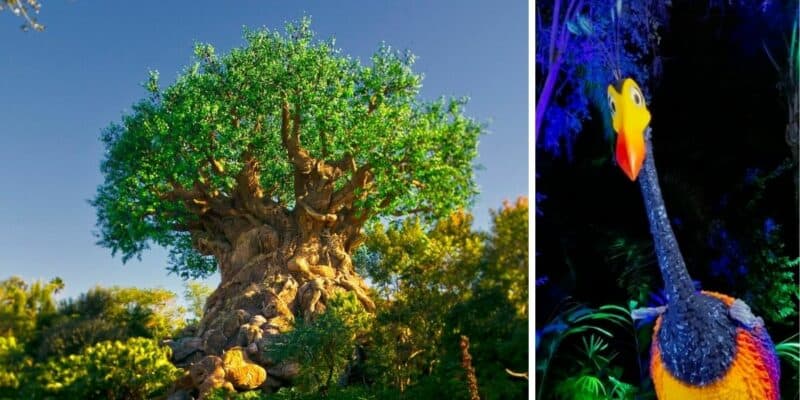 SNIPE! Watch out for the SNIPE! That’s right, our favorite South American (it’s like America, but South) bird is back at Disney’s Animal Kingdom Theme Park to strut her stuff. Come see Kevin squawk at Guests and take a distanced selfie with her!

Kevin Returns to Strut Her Stuff at Disney World

Returning from her winter migration, Kevin is back at Walt Disney World to dance and flap with her favorite Disney Guests. While you might not be able to get close enough to be pecked on the noggin, you will be able to dance with her behind you, take a distanced selfie (or have a friend snap a photo), or simply wave hello and ask her if she’s had any chocolate lately.

After entering the park, take the paths towards Discovery Island, where Kevin will be nesting, waiting for you! Some visitors report her being slightly closer to Dinoland, U.S.A. or Expedition Everest as the snipe flies, but still on the central island. The Disney Parks Blog posted about her return on TikTok, saying,

Adventure is out there! And so is Kevin… 💙 #Disney #DisneyParks #DisneyWorld #DisneysAnimalKingdom #Up #Kevin #WildermessExplorer

Adventure is out there! And so is Kevin 💙 #Disney #DisneyParks #DisneyWorld #DisneysAnimalKingdom #Up #Kevin #WildermessExplorer

If you are a Kevin lover like us, it might be worth stopping by the many merchandise locations at Disney’s Animal Kingdom like Island Mercantile or Discovery Trading Co. (both located on the central Discovery Island) to inspect the shelves for mini stuffed snipes.  Initially sold in 2019, several iterations of Kevin have been for sale in the last few years. A plush Kevin is a perfect souvenir for any Wilderness Scout and the best flying companion!

Disney-loving TikTok-er Jojo visited Disney’s Animal Kingdom Theme Park yesterday to see his much-awaited friend, and had a little dance party as the Theme Park loop music played behind them. Captioning the video, “Look at her little wings flap 🥺❤️,” Jojo has pure joy on his face while entertaining himself with Kevin.

When you’re ready to plan your epic adventure (because remember, adventure is out there, and the wilderness must be explored!) call on the professionals at Academy Travel. They have the maps and guides to get you where you’re going and send you on the trip of a lifetime. Call them at at 609-978-0740 today!

Will you be visiting Kevin? Leave us a comment below!