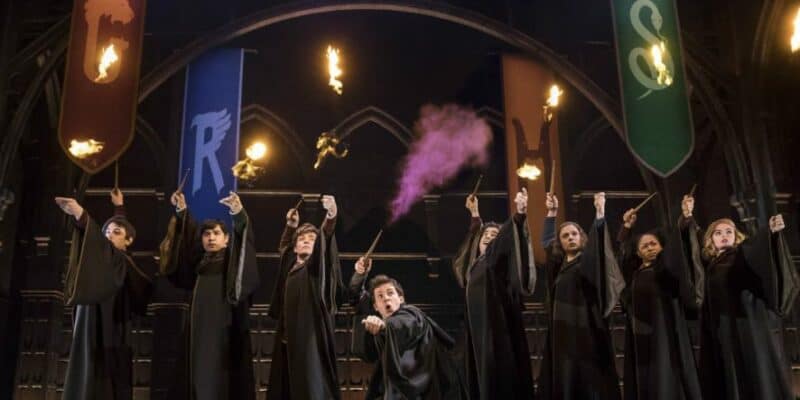 Harry Potter fans have fallen deep into the world J.K. Rowling has created. With eight movies bringing the books to life, and Universal creating sections within their theme parks to bring Hogsmeade and Diagon Alley with the Wizarding World of Harry Potter. New York brought an extension of the story to life with the Broadway play “Harry Potter & The Cursed Child”, which is now under some hot water.

As noted by Narcity, James Snyder who plays the title character of Harry Potter has been fired after alleged misconduct reports have been filed by other members of the cast. The publication noted:

Diane Davis, who plays Ginny Potter, the wife of Snyder’s Harry Potter, filed a complaint about Snyder on November 19, just days after the show reopened following the COVID-19 shutdown on Broadway. “Immediately upon receiving this complaint the producers commissioned an independent investigation by a third party, and Mr. Snyder was suspended pending the investigation’s completion,” producers of Harry Potter and the Cursed Child said in a statement.

Now, the investigation has concluded and Snyder has been terminated from the production after the two-month suspension. Davis has also taken a leave of absence from the show.

“We are committed to fostering a safe and inclusive workplace, which is why we have robust workplace policies and procedures in place for all those involved in Harry Potter and the Cursed Child. This includes strict prohibitions against harassment in any form, as well as channels through which any employee can report conduct that they believe is inappropriate. We will continue to do all we can to ensure the extremely talented team that brings this production to life feels safe, empowered, and fully supported.”

Steve Haggard is now listed as Harry Potter on the Cast and Creative section of the show’s site. The show is described as:

19 YEARS AFTER HARRY, RON, AND HERMIONE SAVED THE WIZARDING WORLD,
they’re back on a most extraordinary new adventure – this time, joined by a brave new generation that has only just arrived at the legendary Hogwarts School of Witchcraft and Wizardry. Prepare for spectacular spells, a mind-blowing race through time, and an epic battle to stop mysterious forces, all while the future hangs in the balance.

Now, Radcliffe is moving on to his next project, Roku’s biopic of “Weird Al” Yankovic in Weird: The Al Yankovic Story, from Funny or Die and Tango.

Have you ever seen “Harry Potter and the Cursed Child”? Let us know in the comments below!