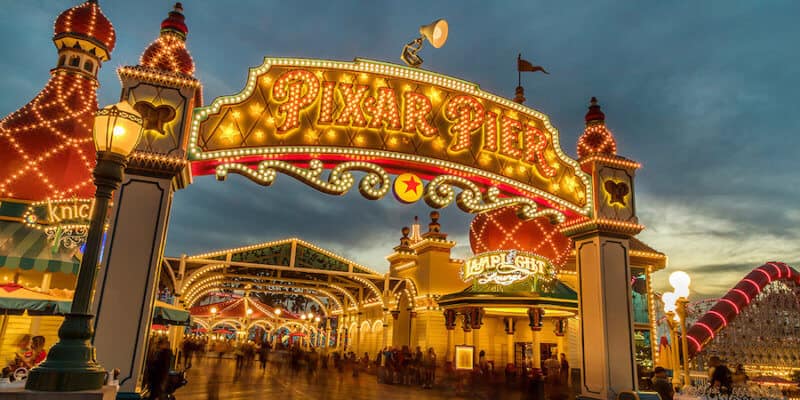 Disney is always reimagining their attractions and lands at all of its Parks around the globe. In Disneyland, we saw Disneyland Park recently add Star Wars: Galaxy’s Edge as an entirely new land with amazing rides such as Millennium Falcon: Smuggler’s Run and Rise of the Resistance.

On June 15, 2012, Disney California Adventure had its official reopening, which included new lands, as well as new attractions, which you can check out below!

Then, on June 23, 2018, Paradise Pier was reimagined to Pixar Pier! The rides there include:

Inside Out Emotional Whirlwind was added just a few short years ago in 2019, and with COVID-19 shutting down Disneyland Resort for over a year, the ride still feels brand-new to many! Now, it seems that Disney will be shutting the ride down for a refurbishment. From January 31 to February 10, 2022, the attraction will close, reopening on February 11.

That being said, if you have a trip planned for 2022, be sure always look at the ongoing refurbishments so that you can expect closures and avoid disappointment!

Inspired by the Disney and Pixar film Inside Out, this fun family-friendly attraction invites you to step into the workplace of Riley’s Emotions—Joy, Sadness, Fear, Disgust and Anger.

Your adventure begins when you hop aboard one of 8 Memory Movers, each uniquely colored to evoke one of Riley’s Emotions or another exuberant character from her imagination.

You’ll find yourself surrounded by vibrant shelves packed with glowing recollections as the Memory Movers ascend in unison, fly in a circle and inspire you to create your own happy memory of this experience.

What attractions do you think need a refurbishment at Disneyland Resort?