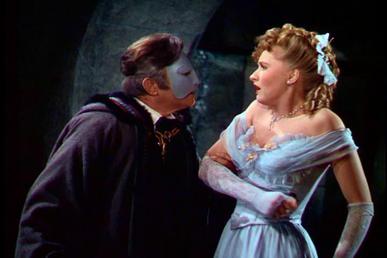 Universal Pictures will continue its quest to remake its classic horror films.

Universal has remade several classic horror films over the last decade, like The Mummy (2017), and there are plans in the works for many more to be remade in the future.

Deadline reported this week that Universal Pictures has plans to remake its classic The Phantom of the Opera (1925) with John Fusco’s spec script and producers Harvey Mason Jr (Harvey Mason Media), and John Legend and his Get Lifted Film Co-producing partner Mike Jackson. The project is simply titled Phantom.

“This is set it in the sultry nightlife scene of modern day New Orleans, the world of jazz, R&B, neo-Soul, and funk,” Fusco told Deadline. “The French Quarter, where New Orleans is not only known as America’s most haunted city, but the music, French Creole culture, the voodoo mystique, masquerade pageantry of Mardi Gras, just lent itself to a natural adaptation of the Paris setting, and a story that has revenge, unrequited love and mystery.”

The original Phantom of the Opera starred Lon Chaney (The Phantom), Mary Philbin (Christine Daae), and Norman Kerry (Vicomte Raoul de Chagny). IMDB’s description of the 1925 film reads.  The film is based on the classic Gaston Leroux novel, which was published in 1910.

At the Opera of Paris, a mysterious phantom threatens a famous lyric singer, Carlotta, and forces her to give up her role (Marguerite in Faust) for unknown Christine Daae. Christine meets this phantom (a masked man) in the catacombs, where he lives. What’s his goal? What’s his secret?

Universal also produced a remake of the film in 1943 titled Phantom of the Opera (1943). It starred  Claude Rains as the Phantom and the singer Susanna Foster as Christine.

With the new Phantom being set in modern day New Orleans, it will be interesting to see how Universal develops the character specifically and who might be cast to star in the project.

Are you excited for the new Phantom project? Let us know in the comments.