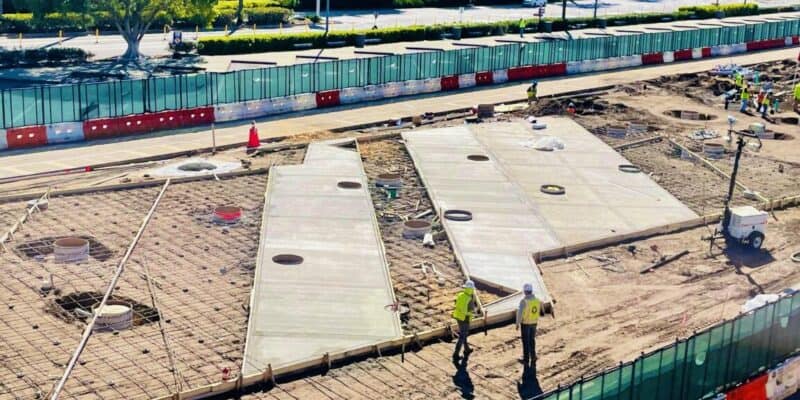 One of the realities of operating a Resort is that improvements and updates are constantly having to be made.

If you have stayed at a Universal Resort that provides bus services to and from CityWalk in the past several months, you’ve noticed construction being done at the bus station just before the entry point to CityWalk.

Universal Orlando has placed a fence with dividers around the entire area, and buses have navigated around the loop with temporary drop-off points and lines for Resort Guests. Universally Addicted (@UniversallyAdd) posted a photo of the ongoing construction:

Twitter user ‘Universally Addicted’ recently shared a photo of the progress being made at the bus loop. Universal is now in the process of pouring concrete over the area that was demolished back in October to make way for new construction.

Once completed, the hope is that the new bus loop will allow Universal Orlando to more efficiently transport Guests to and from their hotel rooms, as well as partners.

Especially over the past few years, Universal Orlando has begun to transform its model in building a Resort that expands its property. It used to be that the only Resorts available for Guests to stay onsite were Loew’s Royal Pacific, Hard Rock Hotel, and Loew’s Portofino Bay Resort. All three of those Resorts used only the Water Taxi as transportation to and from CityWalk.

However, Universal recognized the demand for more staying options and has added several more resorts that are considered “value stays” around the area.

While Guests do not have the benefit of Universal Express– which allows the Guest to go to the front of the line at each attraction– at these hotels, they are treated to Early Park Admission, transportation benefits, and themed Resort stays. 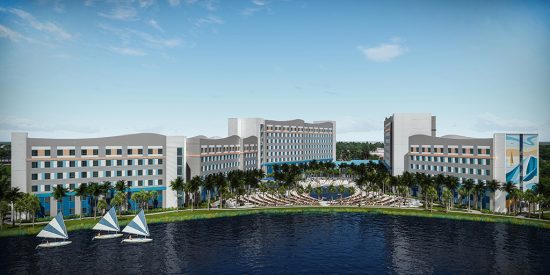 As the Epic Universe is built in the future, we can expect that Universal will continue to expand its footprint with at least one more Resort in the works and plenty more plans on the way.

Do you use the Universal bus transportation system when visiting Universal Orlando Resort?