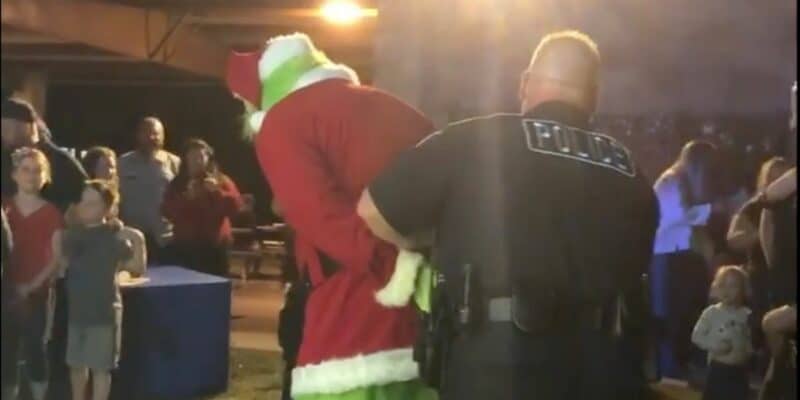 The Grinch is a known enemy of Christmas. He hates the whole Christmas season! With a warrant out on his person (who-person?), Texas police arrested The Grinch at a local tree lighting ceremony, hopefully saving the holiday from chaos and general Grinchy-ness.

The Grinch Is Arrested

Much like Disney Princesses, you’ll notice that The Grinch is always in the middle of his story when you see him in the theme parks, and this December 2, 2021, the tree lighting ceremony in Texas is no different. Skulking around with a “super nauseous naus,” The Grinch was spotted by Hewitt, Texas, law enforcement after attempting to unplug the just-lit tree.

Police arrested the wanted criminal at the Hewitt Christmas Tree Lighting ceremony after identifying him as, “The Grinch, age not listed, of Whoville.” Arrested without incident, The Grinch was described as a short, 145-pound Who with green hair and yellow eyes, was put into handcuffs and escorted away from the Christmas tree. The event delighted the attendees of the tree lighting. 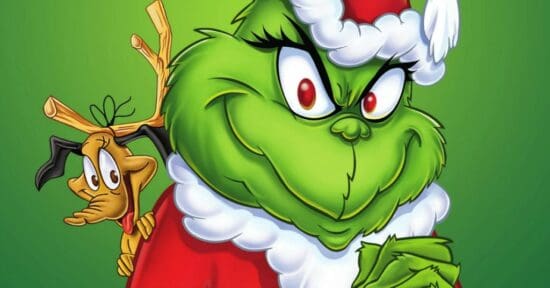 According to Everything Lubbock, the Rosebud, Texas arrest warrant listed “crimes attested under oath by Blue Santa. Blue Santa is a law-enforcement program to provide Christmas gifts to children in need.” The Grinch was accused of Conspiracy Against Christmas Spirit, Domestic Terrorism, Identity Theft, Animal Cruelty, Assault, Robbery, and Burglary.

You can watch the entire arrest live on the Hewitt Police Department Facebook page. The caption on the post reads,

#ARREST MADE AT THE HEWITT CHRISTMAS TREE LIGHTING
Tonight at approximately 1830 hrs Officers observed a known wanted subject -Mr. Grinch attending the ceremony. Officers confirmed the warrant out of Rosebud, Tx and took The Grinch into custody without incident.

The adorable publicity stunt has been pulled for a few years now in various communities across the United States, but as long as children are enjoying the story of The Grinch and coming of age to listen to the tale, this no-harm fun event will continue to delight. Of course, no Whos were harmed in the creation of this holiday theater.

Have you seen The Grinch causing chaos this holiday season? Leave us a comment below!